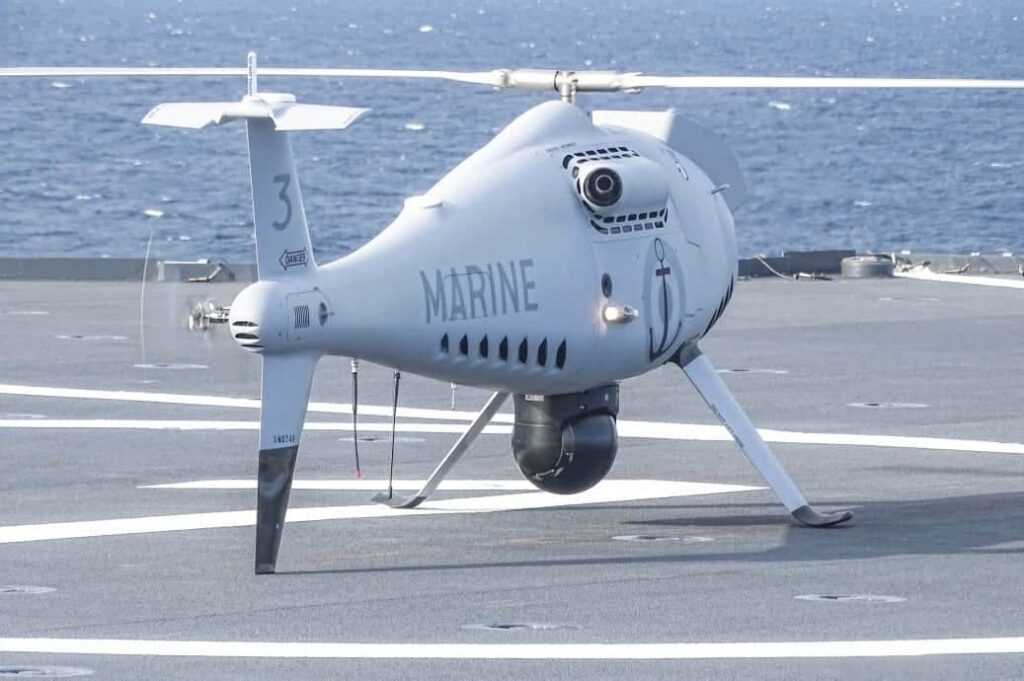 Schiebel has announced that it has worked with the French Armament General Directorate (DGA) and marine technology company Naval Group to integrate Schiebel’s CAMCOPTER S-100 unmanned aerial system (UAS) with the French Navy’s Mistral-class amphibious helicopter carrier Dixmude. The marks the first time in Europe that a fully operational rotary-wing UAS has been connected to the defense system of such a vessel.

Modifications were carried out to the Dixmude by Naval Group, following a two-year testing phase that ensured interoperability between the vessel and the drone. The CAMCOPTER S-100’s video output was connected to the ship’s onboard combat system, increasing the carrier’s Intelligence, Surveillance and Reconnaissance (ISR) capabilities. The DGA managed all technical stages of the integration, working closely with Naval Group and Schiebel Group.

The CAMCOPTER S-100 helicopter UAS is designed to operate day and night and can carry multiple payloads with a combined weight of up to 50 kg. With a minimal logistical footprint and size, it is ideally suited for maritime operations.

Hans Georg Schiebel, Chairman of the Schiebel Group, commented: “We’re extremely proud of the fact, that we are the first rotary wing UAS being operational and connected to an amphibious helicopter carrier in Europe. It is an honour to be working with the DGA, Naval Group and French Navy.”