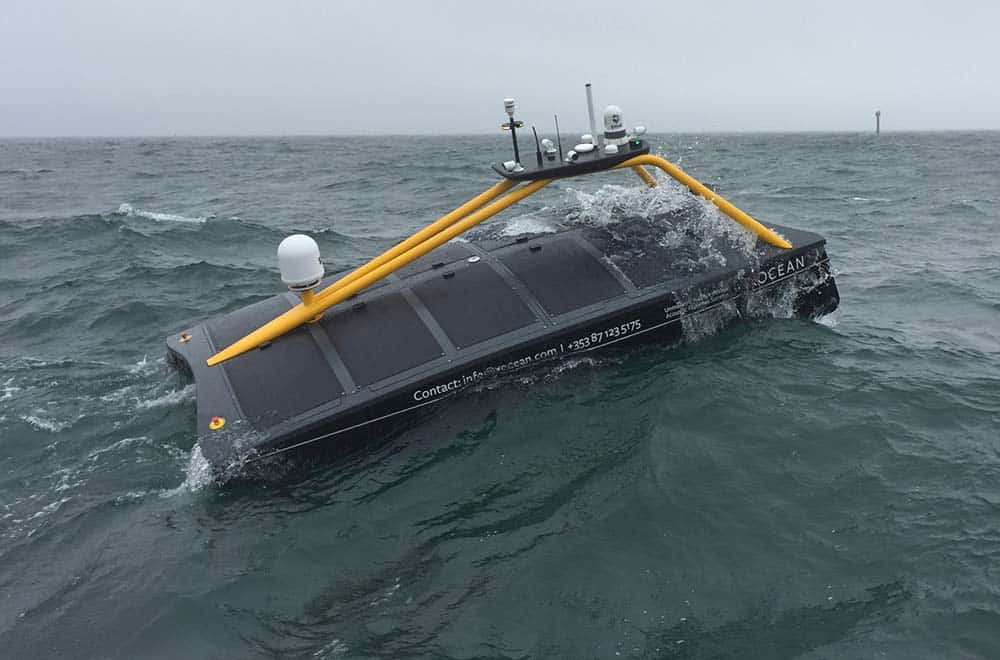 Sonardyne has announced that its underwater positioning technology was selected by BP to perform unmanned over-the-horizon data collection with a USV (unmanned surface vehicle). The operations were performed at BP’s Machar oil field, 120 miles east of Aberdeen, Scotland, in order to monitor the impact of a new reservoir water injection strategy on seabed deformation.

The data harvesting was performed with an XOCEAN XO-450 USV fitted with Sonardyne’s Mini-Ranger 2 6G Ultra-Short BaseLine (USBL) system. The Mini-Ranger 2’s modem functionality allowed it to communicate with and retrieve data from Sonardyne’s Fetch data logging nodes that were attached to the project’s seafloor sensors.

The International Marine Organisation (IMO)-compliant XO-450 is a 4.5 metre USV featuring a hybrid diesel/solar power system that uses lithium-ion batteries to drive electric thrusters and instruments. It provides an endurance of 18 days and carries a range of systems including dual redundant satellite communications and thermal imaging cameras. The vessel can communicate in real-time with an onshore control room that allows operators to switch to manual control if required.

The project encompassed four Fetch sensors installed within the Machar field. The USV autonomously navigated via waypoints to the field and then communicated with each sensor in turn. While health checks and data transfer were being undertaken, the USV kept a holding pattern of 25 to 30 metres radius around the sensor. Data was transmitted to shore with satellite communications and checked at the control room. The entire operation took less than 40 hours.

One of the advantages of using a USV was demonstrated when a light well intervention (LWI) vessel operated close to one of the sensors. These vessels typically have a 500m exclusion zone for manned craft, but with the USV the operating team was able to negotiate access to within 100m, and retrieve data without interfering with the vessel’s acoustics.

This unmanned mission demonstrated the advantages of using a USV for such work – elimination of health, safety and environmental (HSE) risks, significant reduction in carbon emissions and lower manpower requirements. BP plans to continue monitoring the sensors by collecting data with the USV twice a year.