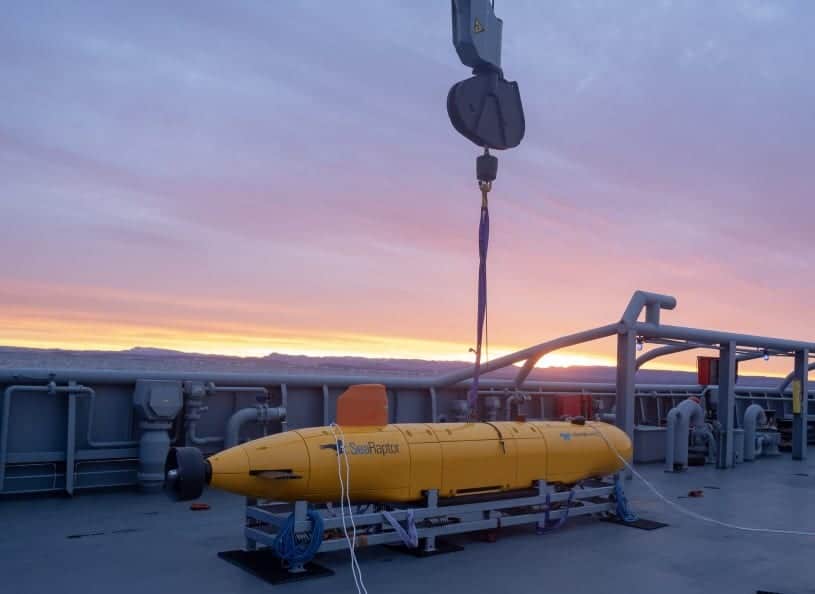 Teledyne Gavia, a developer of autonomous underwater vehicles (AUVs), has announced that the company will formally introduce its new 6000 meter rated AUV, SeaRaptor, at the 2019 Ocean Business technology exhibition.

In addition, the first vehicle delivered also carried an Edgetech Side Scan Sonar with Dynamic Focus capability, an iXblue Phins 6K INS system, and a CathX Camera and strobe system. The integration of Teledyne Marine’s vehicle design, instrumentation, imaging, and interconnect solutions from a single supplier, as well as the incorporation of third party sensors into a turnkey package for customers, makes the company unique in the unmanned underwater vehicle (UUV) market.

“Teledyne is excited to formally introduce the market to SeaRaptor, our new deep rated AUV,” said Thomas Altshuler, Vice President and Group General Manager for the Teledyne Marine Vehicle group. “In SeaRaptor, the Teledyne Marine team has introduced a high performance AUV capable of carrying the most advance marine sensors available in the market. We have already delivered our first vehicle and see significant opportunities for SeaRaptor.”