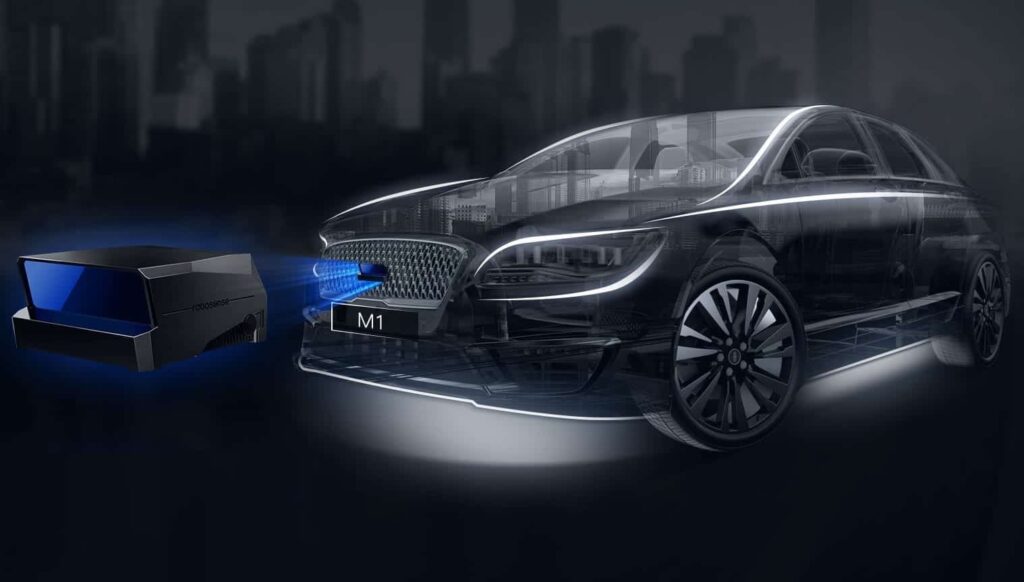 RoboSense, a developer of LiDAR perception technology solutions, has announced the introduction of an upgraded version of their MEMS solid-state LiDAR, an automotive system designed for the mass production of autonomous vehicles. The new RS-LiDAR-M1 with patented MEMS technology offers vehicle intelligence awareness to fully support Level 5 driverless automated driving. A breakthrough on the measurement range limit based on 905nm LiDAR with a detection distance to 200 meters, the upgraded optical system and signal processing technology brings remarkable final output point cloud effect which can now clearly recognize even small objects, such as railings and fences.

A major step forward from the previous version, the new RS-LiDAR-M1 MEMS optomechanical LiDAR provides an increased horizontal field of view by nearly 100% compared to the previous generation, reaching a 120° field of view, so that only a few RS-LiDAR-M1s are needed to cover the 360° field of view. In addition, with only five RS-LiDAR-M1s, there is no blind zone around the car with dual LiDAR sensing redundancy provided in front of the car for a L5 level of automatic driving – full driverless driving.

The battle between 1550nm and 905nm LiDAR is about cost and performance. When aiming for a low-cost 905nm LiDAR, it is necessary to overcome the technical difficulties of achieving sufficient measurement range. The RS-LiDAR-M1 achieves a breakthrough on the measurement range limit based on the 905nm LiDAR, with a detection distance to 200 meters.

The M1’s detection capability is greatly improved through the upgraded optical system and signal processing technology, which can now clearly recognize even small objects,such as railings and fences.

“The RoboSense RS-LiDAR-M1 LiDAR system is a giant leap forward for driverless technology,” said Mark Qiu, Co-founder, RoboSense. “We are committed to developing high-performance automotive-grade LiDAR at a low-cost to advance the LiDAR market, so that LiDAR can be used in fully unmanned vehicles, as well as assisted autonomous driving with superior environmental information detection that ensures driving safety.”