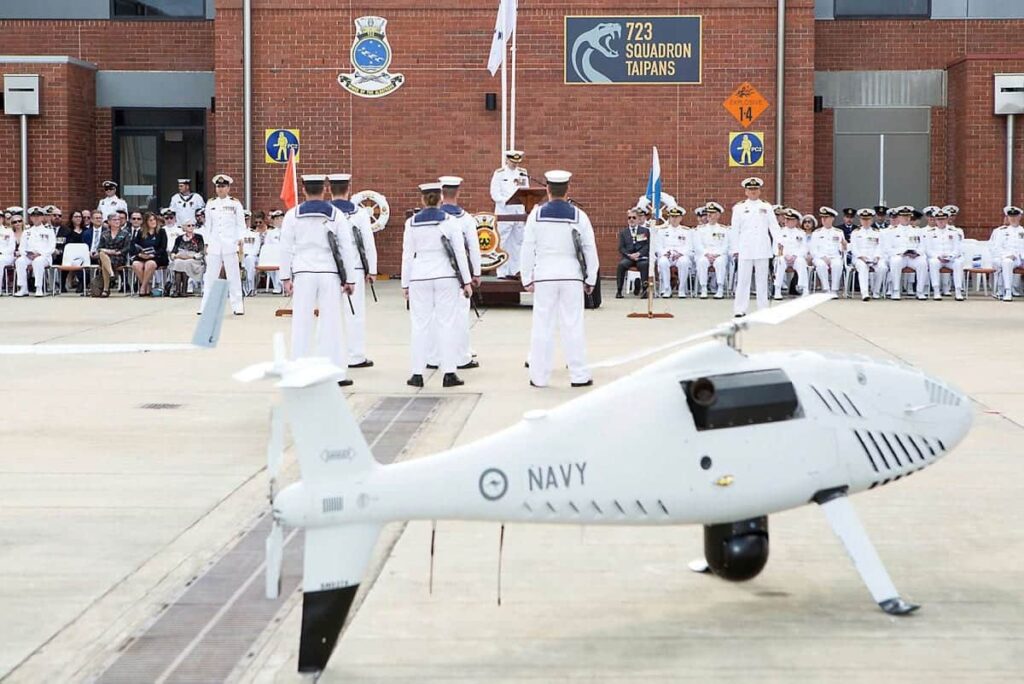 The Royal Australian Navy (RAN) has announced that it has commissioned a new operational Squadron to operate unmanned aerial systems (UAS) in the maritime domain. The Squadron will operate the Insitu ScanEagle UAS, a small, long-endurance, low-altitude aircraft and the Schiebel S-100 Camcopter, which can carry payloads such as electro-optics and infrared sensors.

At the commissioning ceremony at HMAS Albatross, the Naval Unmanned Aircraft Systems Unit (NUASU) was formally transitioned to 822X Squadron, making it the fourth operational Squadron in the RAN Fleet Air Arm.

Chief of Navy, Vice Admiral Michael Noonan, AO, RAN, said this was a significant moment for the Navy and the Fleet Air Arm.

“This is the first time the Squadron number 822 will be used by a Navy Squadron. The X indicates the developmental nature of the Squadron and the motto of 822X Squadron is ‘See the Enemy’.

“Over the past decade, modern militaries have embraced the strategic and tactical advantages offered by operating unmanned platforms, typically used for intelligence, surveillance and reconnaissance.”

Commanding Officer 822X Squadron, Commander Michael Rainey, RAN said the Squadron has a big job ahead of them.

“We will be working with Fleet and Australian Defence Force units to use this technology to enhance our unmanned aircraft systems (UAS) capability,” Commander Rainey said.

“While there are no people in the airframe, present levels of autonomy in UAS necessitates the well trained professionals on parade today to safely and effectively operate the system.”