Optical Components are manufactured from a range of substrates, and the materials they are fabricated from dictate their suitability for specific tasks. In this article, Knight Optical explores some of the most common substrates that are used for infrared applications on its books and lists some of their typical uses. 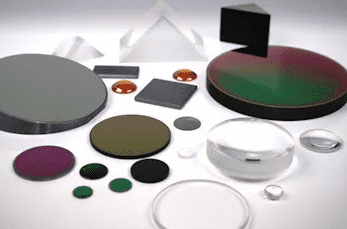 When thinking of sapphire, many may summon images of the delicate, precious deep-blue tones of elegant rings, earrings, and necklaces. However, when it comes to optical components, Sapphire, also known as Al2O3, substrates really pack a punch.

Produced synthetically for optical purposes, Sapphire is tough, boasts chemical resistance and features high transmission and thermal conductivity. It’s also the second hardest crystal available (after diamond) and is, therefore, a sought-after substrate for many engineers, designers, and manufacturers looking for durable optics for their applications. 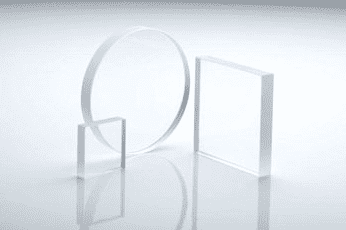 What are Sapphire Optical Components Used For?

Sapphire can be used to make a wide range of optics. These include Windows, Lightguides, Lenses, Prisms, and many more. Thanks to its durability and resistance to scratches, the substrate is commonly specified for today’s luxury watch faces. You can also find Sapphire in the form of Windows in everything from laser-based medical devices through to underwater cameras.

Find out more about the advantages of opting for Sapphire here.

With the same crystal structure as diamond, Germanium is highly popular for products that operate in the infrared (IR) region. As a high-density substrate, it’s often used in applications that aren’t concerned with the weight of components. As well as its load considerations, it’s also worth bearing in mind that Germanium is unsuitable for use in systems that operate above 100ºC. 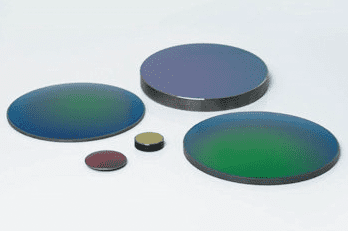 What are Germanium (Ge) Optical Components Used For?

As stated, you can typically find Germanium in applications that make use of the IR wavelength. It usually takes shape in the form of Longpass Filters, due to its visible and UV band-blocking abilities, as Prisms for FTIR spectroscopy, and as Windows and Lenses for forward-looking infrared (FLIR) systems and thermal imaging applications.

Learn more about the advantages of opting for Germanium optics here.

A polycrystalline substrate, Zinc Selenide (ZnSe) readily transmits from 600nm to 21µm, with around 70% transmission between 1 and 15µm. Although a hazardous material, ZnSe is insoluble in water, high in purity, chemically inert and has a high damage threshold.

What Are Zinc Selenide (ZnSe) Optical Components Used For?

Highly popular in CO2 laser systems – especially in the form laser-grade IR Lenses and Beam Combiners – Zinc Selenide (ZnSe) is employed in a wide range of optic varieties. These include Resonator and Optical Windows – used to separate the gas medium from the resonator optics and protect in both FLIR and thermal imaging applications, retrospectively – and Prisms.

Learn more about the advantages of opting for ZnSe optics here. 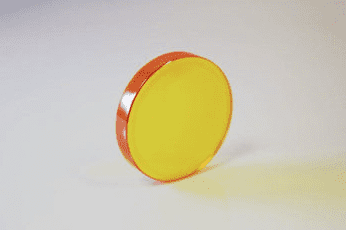 Softer than ZnSe, Zinc Sulphide (ZnS) is a widely-used IR-transmitting material that is normally used to form a range of optics – from Lenses and Prisms to Windows and Blanks. With a pale yellow to clear appearance, it transmits at about 50% between 0.4 and 12μm, dropping off to zero near 15μm.

What Are Zinc Sulphide (ZnS) Optical Components Used For?

Much like ZnSe, this substrate is highly desirable for CO2 lasers in the form of Resonator Windows, thanks to its low absorbance in the IR spectrum, as well as for FLIR systems.

Learn more about the advantages of opting for ZnS optics here.

One of the hardest minerals and optical materials available for use in the near-infrared (NIR) [1µm] to about 6µm, Silicon (Si) is often used as a lighter weight substitute for Germanium, thanks to its lower density. It also has a lower refractive index than Germanium. 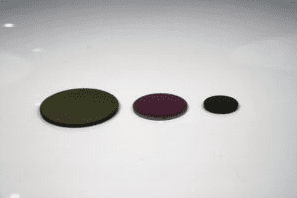 What are Silicon (Si) Optical Components Used For?

In the form of Windows and Lenses, Silicon is often used as a more lightweight, cost-effective alternative for NIR and medium-wave infrared (MWIR) thermal imaging applications.

Learn more about the advantages of opting for Si optics here.

A naturally occurring birefringent material, Crystalline Quartz (SiO2) transmits at 90% between 0.18 and 3.5µm. Therefore, you can use it for applications that work in the ultraviolet (UV) to near-infrared (NIR) regions. Amongst its known properties, SiO2 is birefringent, high in purity and insoluble in water. 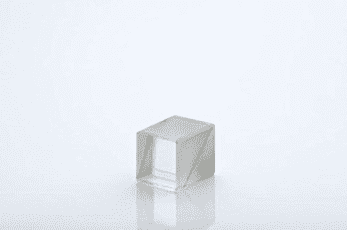 What are Crystalline Quartz (SiO2) Optical Components Used For?

Used at temperatures below 490°C, SiO2 can be found in the shape of windows, prisms, beamsplitters and waveplates, the latter of which is used for applications that comprise a laser or IR light source as it has a high damage threshold.

Learn more about the advantages of opting for SiO2 optics here.

A tough IR-transmitting material, Gallium Arsenide (GaAs) shares many mechanical properties with Germanium (Ge). Alongside its hardness of HK750, it is also chemically stable and non-hygroscopic. Transmitting at around 40% between 2 and 15µm, with a low absorbance, a broadband antireflective (BBAR) coating can be applied to increase GaAs’ spectral performance. 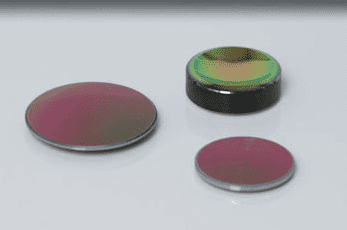 What are Gallium Arsenide (GaAs) Optical Components Used For?

Coupled with its durability and transmission in both the medium-wave infrared (MWIR) [3 and 5µm] and long-wave infrared (LWIR) [8 and 12µm] wavebands, GaAs Lenses and Windows are also an ideal substrate for FLIR systems. What’s more, it is currently the most efficient material for converting solar energy to electricity, so it’s commonly used as high-efficiency solar cells.

Learn more about the advantages of opting for GaAs optics here.

The above are just a select few substrates that are typically used in IR-operating systems. For a full list of our IR substrates, please click here. 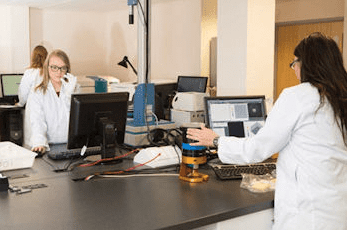 If you are looking for premium-quality, bespoke optical components, please get in touch with a member of the Technical Sales Team.