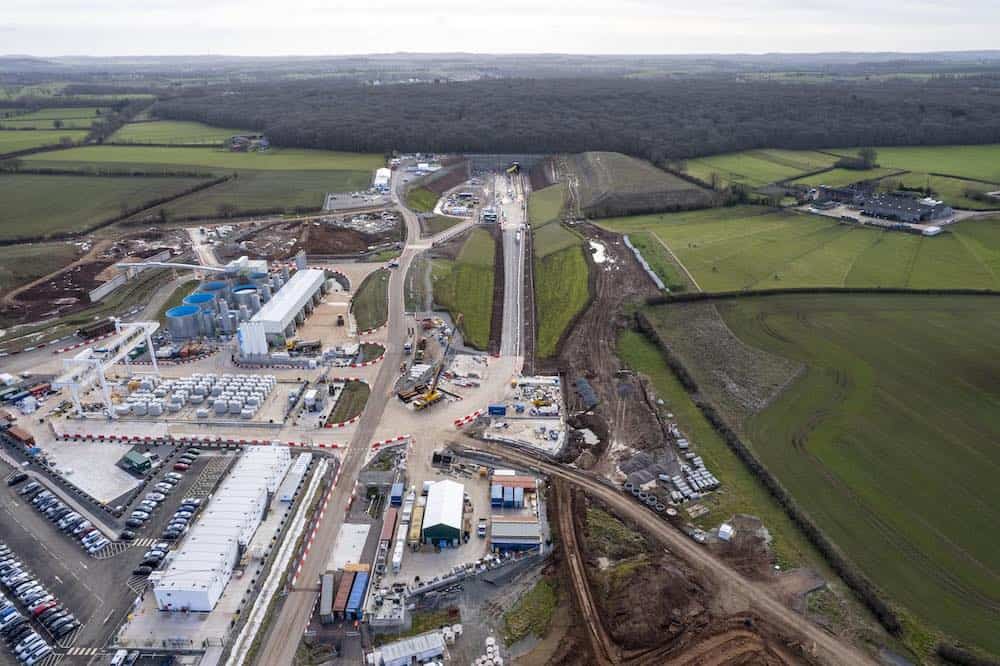 Site Scan for ArcGIS offers flight planning, hardware management, scalable image processing and unlimited data storage, plus seamless integration with BBV’s Esri enterprise GIS system. It is being used to carry out drone site surveys, manage aggregate stockpiles and monitor progress of construction. Various 2D and 3D outputs are being generated for sharing with multiple stakeholders, including high-definition imagery and 3D terrain models. The new software was rolled out across the BBV business to almost 400 users in autumn 2021, including 13 drone pilots.

Faster and more efficient drone surveys are already saving around £20,000 a year on monthly construction progress surveys on a single site, instead of using physical surveys and the subsequent updating of CAD models. BBV estimates this could save around £1.6 million if the same workflow was applied across 80 sites in the first year.

The use of unmanned systems has also enabled the removing of around 800 ‘working at risk’ days and a cost saving of £30,000 per year from monitoring aggregate stockpiles, using a single drone operator to carry out 3D volumetric measurements in 20 minutes. Previously, contractors would take a full day to physically measure stockpiles and calculate transport requirements, often working in steep and difficult environments.

“We needed the right software to manage an increasingly complex and varied use of drones and meet the needs of multiple teams, from logistics to site managers to engineers,” said Dan Fawcett, Innovation Director at Balfour Beatty VINCI. “New digitized workflows are rapidly replacing traditional, physical working practices and introducing new levels of efficiency, accuracy and safety. On major projects such as HS2, the ROI achieved is significant.”

The major civil infrastructure project spans from Long Itchington Wood tunnel in the south to the West Coast Main Line tie-in near Lichfield in the north, with a major junction into Curzon Street Station in central Birmingham. The main works civil engineering contracts will deliver earthworks, ground engineering and many structures including bridges, viaducts and tunnels along a 90km stretch of the UK’s new high speed rail line.