Robot Aviation, a leading developer of fixed-wing and multirotor UAVs (unmanned aerial vehicles) for military and commercial applications, as well as NATO STANAG-compliant C4ISR unmanned vehicle and sensor control software, has partnered with Unmanned Systems Technology (“UST”) to demonstrate their expertise in this field. The ‘Silver’ profile highlights how the company’s solutions can be used for a variety of range and endurance needs and under highly challenging conditions. 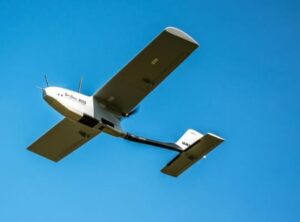 The SkyRobot FX10 is a backpack-portable hand-launched UAS with fully autonomous capabilities and designed for professional surveillance applications and military ISR (intelligence, surveillance and reconnaissance) missions.

Built around a composite airframe and incorporating a retractable gyro-stabilized EO/IR gimbal, the long-endurance aircraft is powered by an electric propulsion system, giving it a flight time of up to two hours. 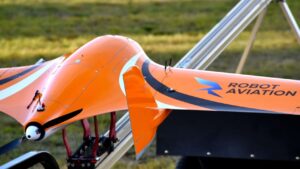 The SkyRobot FX20 is a high-performance all-electric medium-range UAS that can be operated by a crew of two and transported in a small truck or van. A portable launcher allows for runway-independent operation, with recovery conducted either by net or skids.

The FX20 meets all FAA regulations for small UAS under 55lbs, and features a flight endurance of up to four hours. The aircraft carries an advanced EO/IR payload with multiple-axis stabilization, and is capable of providing radio communications relay support. 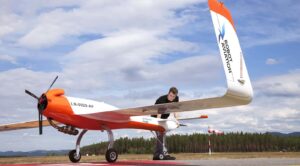 The SkyRobot FX450 is a versatile long-range fully autonomous UAS specially designed to deliver advanced BVLOS (Beyond Visual Line of Sight) capabilities in demanding environments. With an advanced triple redundant flight control system, it is ideal for prolonged and persistent ISR drone missions.

The high-efficiency, low-emission engine runs on gasoline or heavy fuels and can provide flight endurance of 20 hours or more. An open architecture allows the aircraft to field customized payloads for unique requirements, including external sensor pods, geo-referenced EO/IR, radar, LiDAR, and multi/hyperspectral sensors. 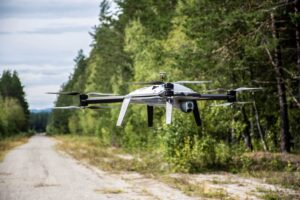 The SkyRobot FX-Y is a fully autonomous six-rotor VTOL UAS designed for tactical surveillance applications both during the day and at night. The platform provides NATO-compliant interoperability and features a state-of-the-art encrypted communications link with soldier-comms relay functionality.

The UAS includes an advanced stabilized EO/IR gimbal, and can be specially integrated into armoured vehicles and vessels to provide aerial support. 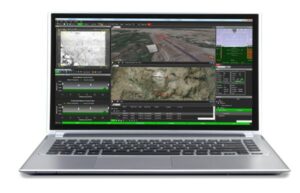 SkyView GCS is a ready-to-use Ground Control Station (GCS) software package for drones and unmanned vehicles. Featuring full NATO STANAG 4586 compliance, it can be used for shared command and control of a wide range of unmanned systems, including fixed-wing and rotary UAVs as well as UGVs (unmanned ground vehicles). The versatile user interface consists of multiple displays with a layout that can be fully customized using the SkyView GCS Developers kit.

To find out more about Robot Aviation and their UAS and software solutions, please visit their profile page: https://www.unmannedsystemstechnology.com/company/robot-aviation/