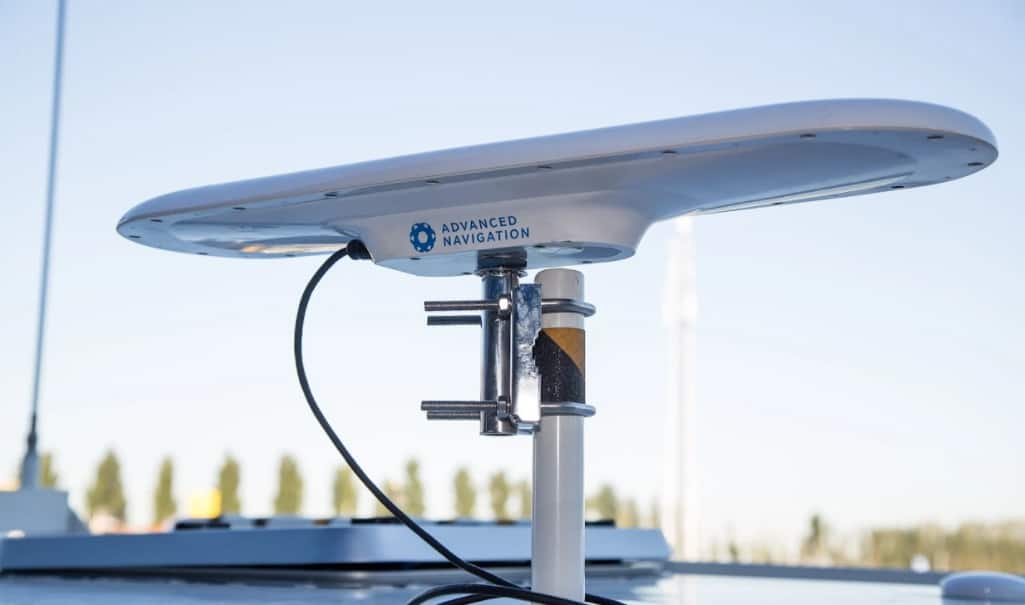 Advanced Navigation has released the second generation of the company’s GNSS Compass, a plug and play solution that provides accurate position, heading and time for robotics and autonomous applications in a self-contained unit. The new unit provides significantly higher heading performance compared to its predecessor, and opens up advanced technology to applications previously dependent on magnetic heading.

The upgraded system significantly improves the availability and accuracy of heading under difficult conditions, such as under bridges, limited sky visibility, and in the presence of RF interference. This is achieved through a new multi-frequency GNSS receiver, state-of-the-art antenna design, and algorithm improvements. The updated GNSS Compass supports L1/L2 RTK positioning and heading using all satellite constellations including GPS, GLONASS, Galileo and BeiDou.

Thousands of units of the first generation of the GNSS Compass have been operating in the field for the last 6 years. Used in Nortek’s Signature VM survey package and Sabanto’s autonomous tractor, the system is ideal for applications requiring accurate heading and positioning in the most demanding conditions.

John Colvin, Chief Revenue Officer at Advanced Navigation, commented: “We are committed to executing on our mission of being the leader for the autonomous revolution and excited to bring these next generation navigation solutions to market.”