SeaGuardian UAS Flies From UK To The Netherlands 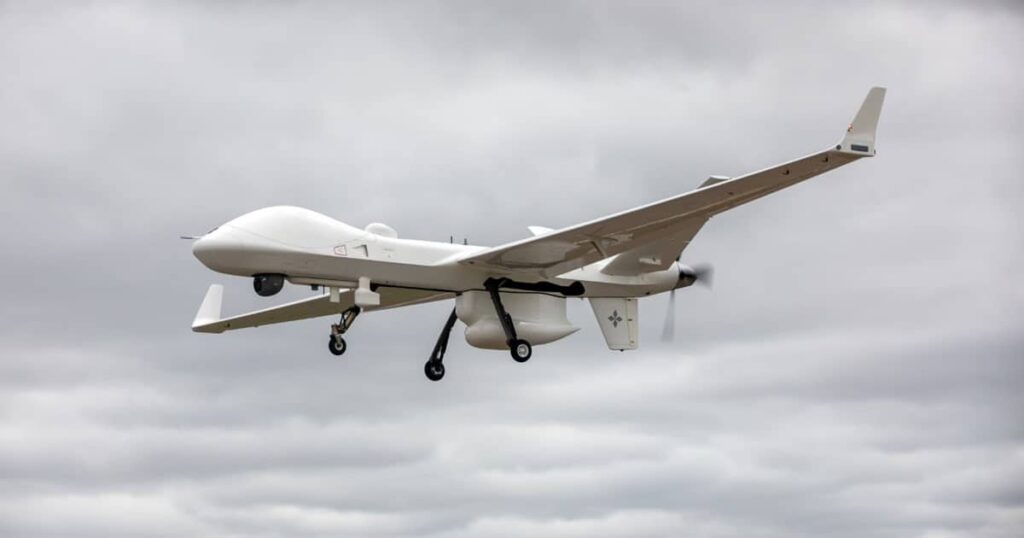 General Atomics Aeronautical Systems, Inc. (GA-ASI) has successfully flown a MQ-9B SeaGuardian UAS (unmanned aerial system) from RAF Waddington across the North Sea to Leeuwarden Air Base in the Netherlands. The flight, performed in conjunction with the Royal Air Force and the Royal Netherlands Air Force (RNLAF), was the culmination of a two-day series between the two airspaces.

The multi-day demonstration displayed SeaGuardian’s maritime surveillance capabilities in support of international allies, including the platform’s advanced maritime Intelligence, Surveillance and Reconnaissance (ISR), Detect and Avoid System (DAAS), long endurance, and interoperability with NATO partners. The RNLAF has ordered four MQ-9A RPA and the first is expected to be delivered to Leeuwarden later this year.

The flight to Leeuwarden was conducted as Operational Air Traffic, under the control of UK military air traffic controllers at Swanwick, up to the boundary between the UK’s and the Netherlands’ controlled airspace. At the agreed crossing point, Dutch military air traffic controllers took responsibility for the flight. The SeaGuardian’s DAAS enables the platform to operate among civilian aviation traffic in the national airspace.

Lieutenant-Colonel Boudewijn Roddenhof, commander of the RNLAF’s 306 squadron, which will operate the new MQ-9A Reapers, commented: “Today’s flight is a major milestone for us. It demonstrates the ability of the MQ-9 to operate in our airspace and validates the procedures for air traffic control. It also familiarizes the air traffic controllers with Remotely Piloted Aircraft, which is an opportunity we have not had before.”

Robert Schoeffling, vice president of International Strategic Development for GA-ASI, said: “We’re thrilled to showcase the game-changing capabilities of our RPA for the Royal Netherlands Air Force. We appreciate the international cooperation we’ve received from the RAF, the RNLAF and civil aviation authorities such as the UK Civil Aviation Authority. Our MQ-9B series is built and equipped to meet certification standards that will allow it to fly in non-segregated airspace.”