The Royal Navy has been testing remotely-piloted systems which locate personnel in the water, drop life-saving equipment and hover over the location until rescuers arrive to help rescue sailors who fall overboard.

Members of the NavyX team are working out how heavy-lift Minerva drones could deliver potentially life-saving equipment if someone falls overboard. 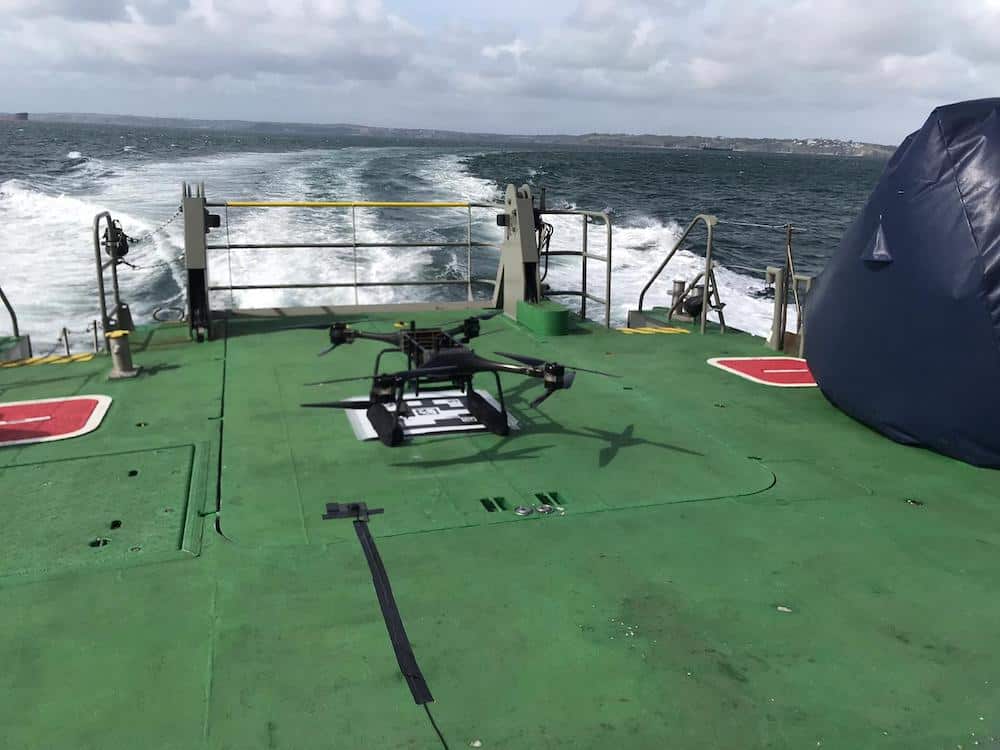 Over the past few months, the team of experimentation experts tested the drone both at the Royal Navy’s Diving School at Horsea Island, Portsmouth, and on a civilian boat.

The work was completed with Defence Equipment and Support (DE&S) and companies Malloy Aeronautics and Planck Aerosystems.

First a Minerva T-150 drone was successful in locating a dummy in the water at Horsea Island, deploying a test package and hovering above the dummy to signpost its location.

With its ability to drop objects, extensively tested with Royal Marines last year in Norway and Cyprus, the drone could deliver a life buoy and other survival equipment as well as pointing out the location of personnel overboard.

Following the success at the Diving School, sea trials started on an industry boat to test the smaller T-80 Minerva drone.

The system was able to be controlled to fly off the moving vessel and out to sea before returning.

In one step further, the drone was programmed to land itself on a mat attached to the boat’s deck, meaning once it had taken off it would use its on board systems to track where it needed to land.