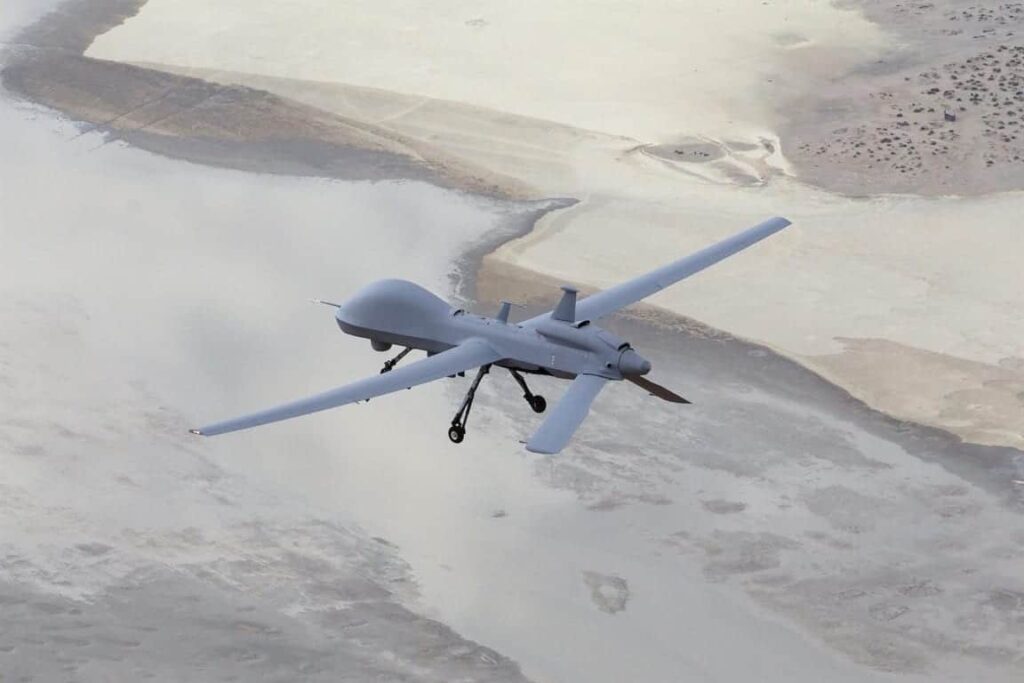 Since the first flight in March 2004 of an early variant of the Gray Eagle UAS family known as Army IGNAT, GA-ASI and the U.S. Army have fielded over 250 Gray Eagle-type aircraft, including the new Gray Eagle Extended Range (GE-ER) aircraft. Over 80% of the 1 million flight hours were flown in support of deployed operations with a better than 90% Mission Capable Rate.

The GE-ER UAS features an endurance of 40 hours, and provides increased payload capacity, reliability and maintainability over the legacy MQ-1C Gray Eagle. The platform is being further enhanced under the U.S. Army’s modernization program to incorporate leading-edge technology for standoff survivability, while expanding the payload capabilities to include Air Launched Effects (ALEs) and long-range sensors for stand-in effects. This MDO (Multi-Domain Operations)-ready UAS will be powered by a new 200-hp Enhanced Heavy Fuel Engine and dual 7.5kw brushless generators to enable the growing capabilities needed by commanders in the future MDO environment.

David R. Alexander, President of GA-ASI, commented: “This landmark event demonstrates the inherent value of our Gray Eagle systems for the warfighter. It also is a testament to the great partnership between GA-ASI and the U.S. Army, which have worked together to expand the capability of Gray Eagle so the system will continue to be a key enabler for today’s mission and an enduring platform for tomorrow’s Multi-Domain Operations.”