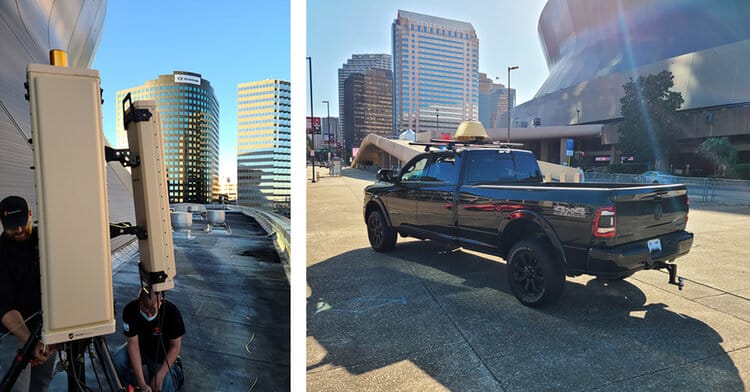 DroneShield has provided several of its C-UAS (counter-unmanned aerial systems) solutions for dismounted, mounted, and fixed-site drone detection in support of the recent U.S. Army Defense in Depth Exercise (DiDEX 20).

During the exercise, DroneShield successfully demonstrated its DroneSentry, DroneSentry-X, RfPatrol, and DroneGun solutions to support multiple operational scenarios within a densely populated urban environment. DroneGun and RfPatrol were used to support dismounted operations, providing situational awareness and intuitive response capability for individual operators. DroneSentry-X, while mounted to a commercial vehicle, provided real-time alerts both while stationary and on the move through the city.

Oleg Vornik, CEO of DroneShield, commented: “The dynamic threat drones can pose dictates that a successful Counter-UAS strategy cannot take a one-size-fits-all approach. It takes a family of adaptable and interoperable solutions to effectively detect and mitigate the threat, and protect the Warfighter. We’re honored to work closely with the U.S. Army, its soldiers, and partner agencies at forward thinking events like DiDEX to stay ahead of emerging and fast moving threats.”