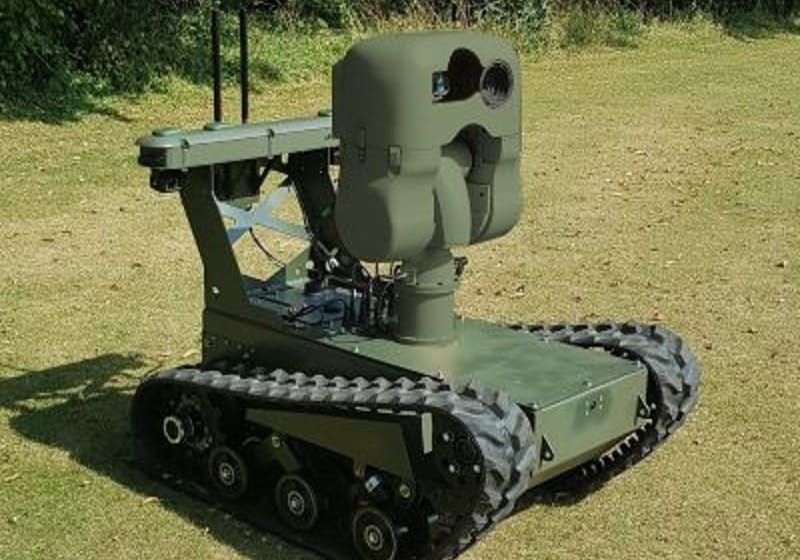 The U.K.’s Ministry of Defence (MOD) has selected a team to develop an unmanned ground vehicle (UGV) capability that will help British Army troops to cross water in hostile territory. Technology firm Jacobs and robotics specialists Digital Concepts Engineering (DCE) were chosen following the “Map the Gap” competition, which was run by the MOD’s Defence and Security Accelerator (DASA).

The concept for the new UGV envisages a semi-autonomous remote system that can collect the measurements required to scout and plan crossings of bodies of water without the need to deploy risky manned reconnaissance missions to the potential crossing location.

The winning solution is based on DCE’s X2 UGV, and will be capable of being submerged while carrying data sensors, soil sampling tools and sonar equipment. Jacobs has provided its 6th Sense data analytics system, which was developed to create high-fidelity 3D maps of legacy radioactive facilities before they are decommissioned. 6th Sense processes data in real time, and will help military engineers to understand how the riverbed, mudflats and banks will take the weight of a temporary bridge and armoured vehicles.

The X2 and 6th Sense have previously been combined in a winning entry for a competition funded by Innovate U.K. and the Nuclear Decommissioning Authority that sought to find new ways to decommission highly radioactive former reprocessing facilities at the Sellafield nuclear site.

Clive White, Jacobs Critical Mission Solutions International Senior Vice President, commented: “We are looking forward to developing a new capability which will enable units like the Royal Engineers to carry out vital reconnaissance tasks without putting personnel at risk. We often borrow technology and techniques from other sectors to apply in the nuclear industry, so it is good to see this technology transfer process happening going in the opposite direction. This is another example of the mutually beneficial relationships we are building with innovative small and medium-sized enterprises.”

Robert Hammond-Smith, DASA Delivery Manager for Map the Gap, said: “Our vision is to ultimately remove personnel from these dangerous tasks with a remote system that allows more crossing locations to be surveyed, increasing the choices available to commanders.”