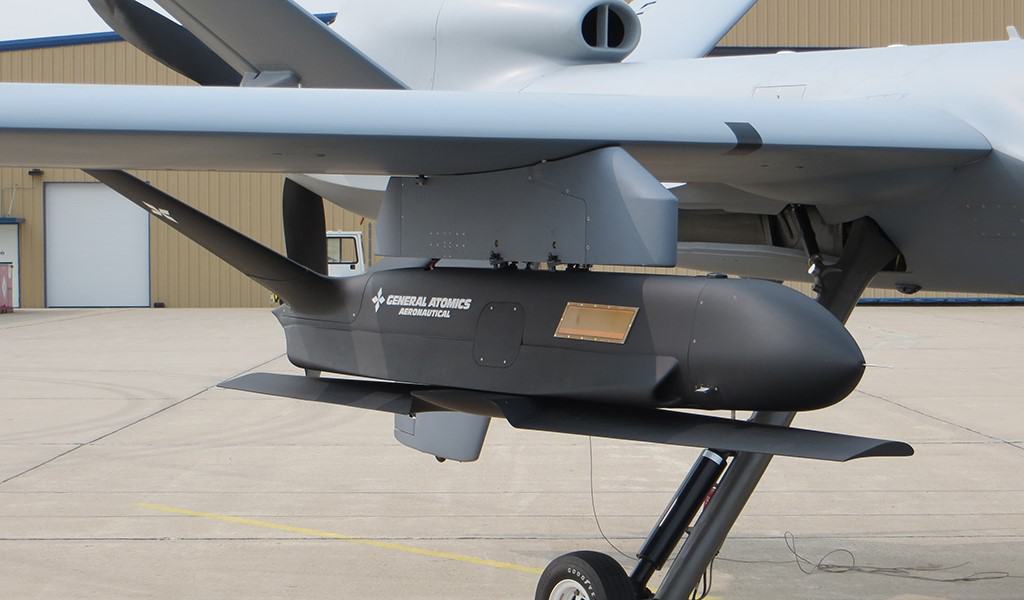 General Atomics Aeronautical Systems, Inc. (GA-ASI) has conducted flight tests of its Sparrowhawk small unmanned aircraft system (sUAS), which is designed as a captive-carry system that can be launched from larger GA-ASI aerial platforms. Designed around the U.S. Air Force’s Advanced Battle Management System attritableONE technologies, the Sparrowhawk is an iteration of the DARPA Gremlins Program, which aims to develop airborne drone recovery to reduce the cost of operation and provide new mission capabilities.

The Sparrowhawk sUAS was attached to an MQ-9A unmanned aircraft, and controlled exclusively using GA-ASI’s Metis Software Defined Control Station. Metis was hosted on a laptop computer, which significantly reduced the system’s logistical footprint and supports the vision for battlefield UAV control interfaces that do not require a Ground Control Station shelter or vehicle.

Sparrowhawk and UAV airborne recovery also provide a range of other benefits: