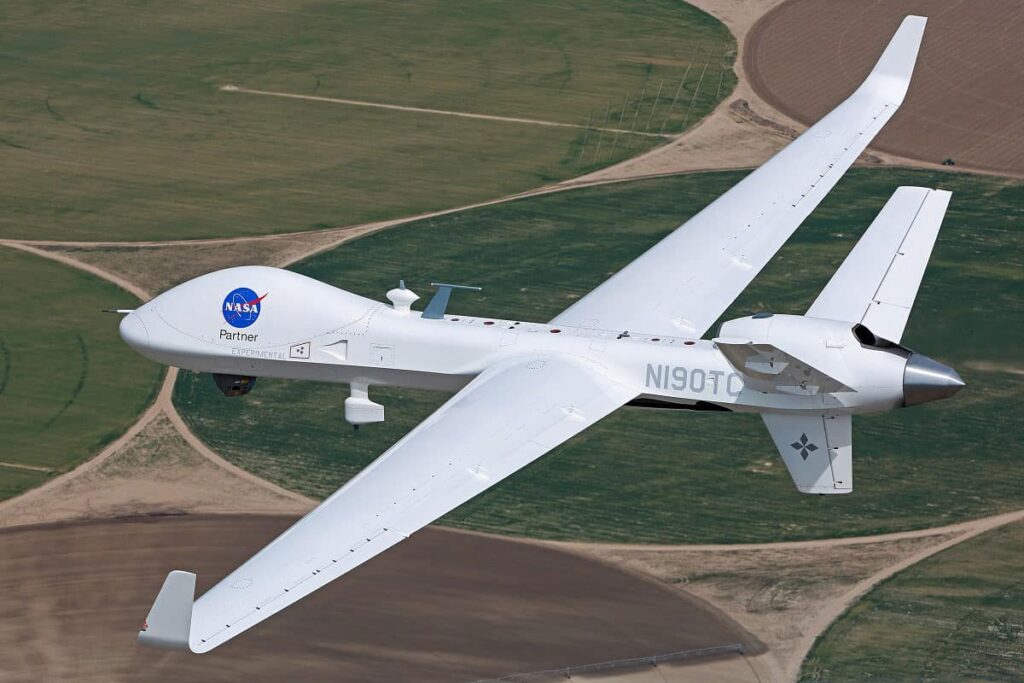 General Atomics Aeronautical Systems, Inc. (GA‑ASI) has flown its SkyGuardian unmanned aerial system (UAS) as part of a joint flight demonstration with NASA as part of the organization’s Systems Integration and Operationalization (SIO) activity. Multiple flight demos were performed as part of SIO, showcasing the abilities of different UAS types and their respective flight environments.

The SkyGuardian unmanned aircraft took off from GA-ASI’s Gray Butte Flight Operations Facility near Palmdale, California, and flew towards Yuma, Arizona while being remotely operated by a pilot based at Gray Butte. A Detect and Avoid System (DAAS) developed by GA-ASI was used to provide situational awareness of nearby air traffic. The DAAS incorporated a Traffic Alert and Collision Avoidance System (TCAS II) developed by Honeywell, which is also widely used in manned aviation. It also included an air-to-air “Due Regard” Radar that provided detection and tracking capability of nearby aircraft that may not have had active transponders.

During the demonstration, the SkyGuardian UAS showcased abilities for commercial and public services applications, including inspections of hundreds of miles of rail, power line, communication and canal infrastructure, agriculture monitoring and topological surveys, as well as wildfire and flood monitoring.

Linden Blue, CEO of GA-ASI, commented: “Our work with NASA is opening the eyes of regulators to the safety and utility of unmanned aircraft systems in the performance of certain tasks for public and commercial good. Our aircraft have already played important roles during crisis management events such as wildfire containment. Our airborne sensors can see through thick smoke, enabling us to inform ground personnel about the locations of fire lines so they can deploy resources efficiently. The SIO demonstration highlighted how the aircraft can be used for many other civilian and commercial missions.”