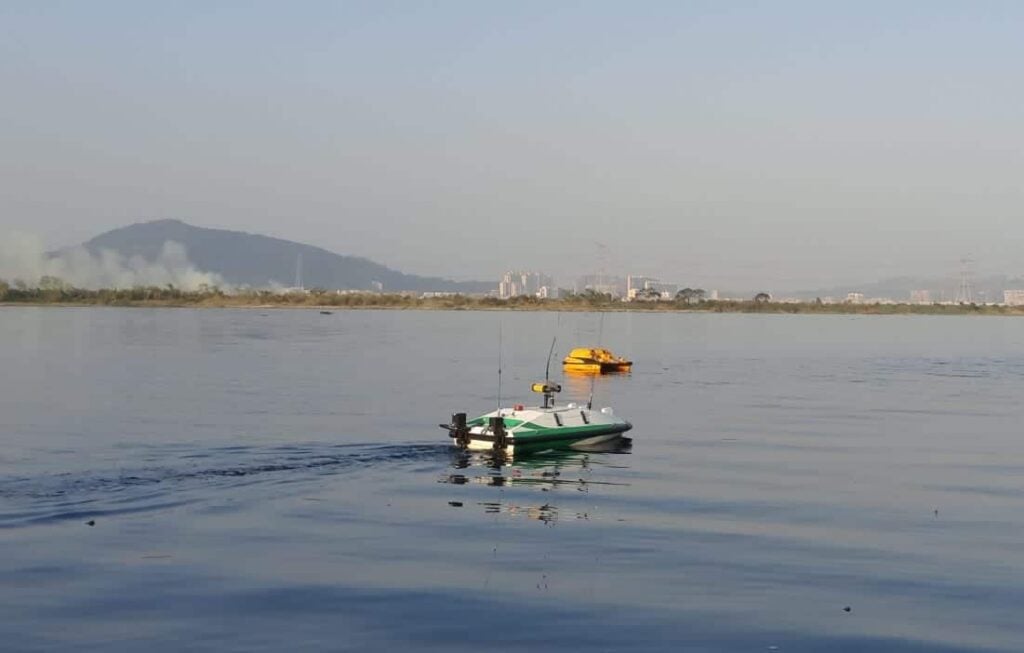 OceanAlpha has announced that a provincial government in China has used an unmanned surface vessel (USV) manufactured by the company to assist in large scale pollution remediation of the Yangtze River, the country’s longest river and the third longest in the world.

The mission is the first action of a special initiative launched by a government department to investigate and remedy illegal sewage outlets polluting the Yangtze River.

A 1.6-meter-long OceanAlpha TC40 USV carrying a side scan sonar was used to detect underwater sewage pipelines which are pouring industrial waste into the river illegally. A real-time acoustic image was presented on the base station monitor for immediate pipeline identification. It only took the surveyors 20 minutes to identify 4 suspected pipelines from the image, while the position & orientation equipment provided exact coordinates for further inspection, allowing law enforcement to clear all the illegal outlets.

Manually tracking and revealing pollution sources is one of the most arduous part of pollution remediation, which is often conducted with low efficiency, high cost and large potential safety hazards to surveyors. The application of unmanned surface vessel technology can replace humans working in complex or severely polluted water environments and guarantee the high quality of survey data and success of the mission with its great functional stability and matured technology.

The application of OceanAlpha’s pipeline detection USV has brought about a technological revolution to sewage outlet remediation, and particularly suits the needs of city management in environmental monitoring and pollution investigation.