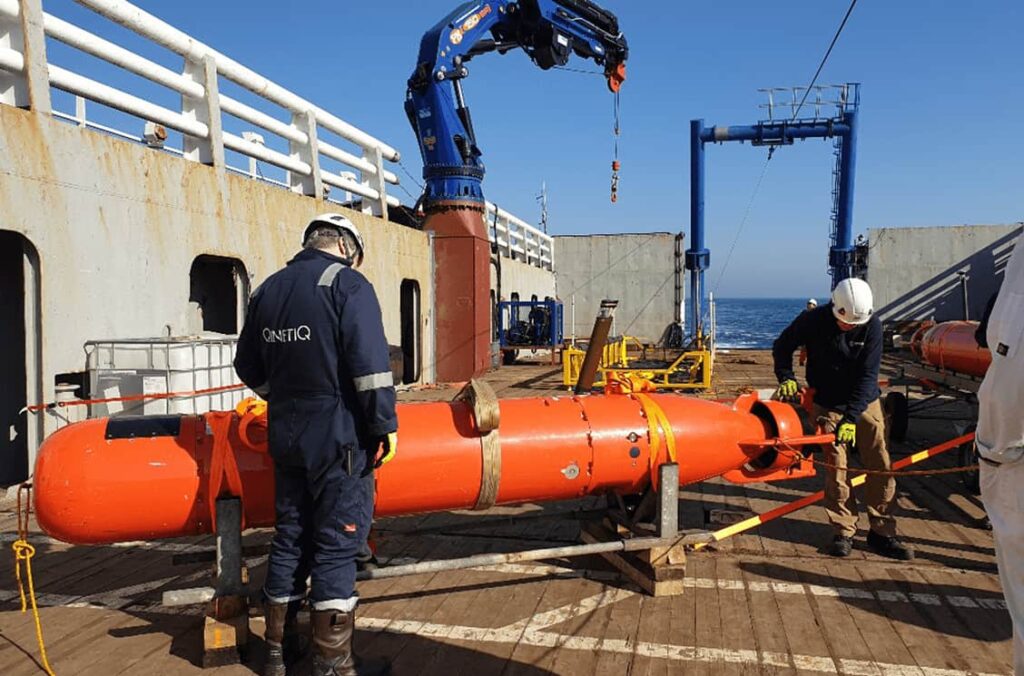 Serco has announced that its Maritime Services team at the British Underwater Test and Evaluation Centre (BUTEC) has been working alongside QinetiQ and Saab to carry out a demanding new set of trials for the Saab AUV-62, an autonomous Unmanned Underwater Vehicle (UUV) based training system.

The Saab system is already in service with the Swedish Navy and has proven itself operating in relatively calm waters. The purpose of the Royal Navy trials was to explore the possibility of significantly expanding the operational range of the system in a more demanding open-ocean environment.

The aim of the recent trials of the heavy weight torpedo sized Saab AUV-62 was for the Royal Navy to determine whether it was possible to use the system without putting sea boats into the water to launch or recover the UUV.

Work to prepare for the trials has been underway since the start of the year and in 2017, the AUV-62 was operated from the Serco trials vessel SD Warden during Exercise Unmanned Warrior.

Rob Hales, Serco’s Director of Maritime Services, said: “The maritime expertise available from Serco’s team at BUTEC and particularly the crew of SD Raasay was absolutely key in developing safe and reliable techniques to launch and recover this one ton autonomous system in a wide variety of sea states and weather conditions.”

“Whilst benign weather operations posed few challenges for our experienced teams, the Royal Navy’s requirement for operations in all weathers and overnight was very demanding. We are very pleased that initial indications from the Royal Navy have been that they were very impressed by both the performance of the system, and how Serco’s teams helped deliver it.”

Serco and the AUV-62 also took part in Exercise Joint Warrior in the Irish Sea and Serco is now working with the Royal Navy to explore how they might be able to support this capability on a more permanent basis.