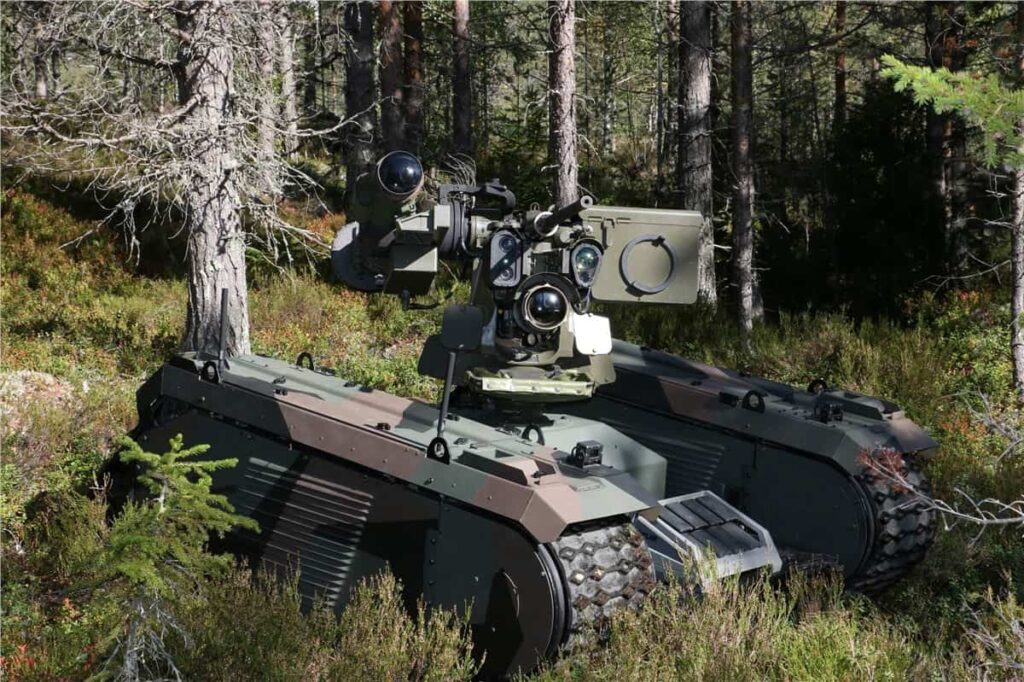 Milrem Robotics has announced that it has showcased its Titan unmanned ground vehicle (UGV) with an integrated PROTECTOR remote weapon station by Kongsberg Defence and Aerospace at the AUSA (Association of the United States Army) trade show in Washington DC.

The system on display was equipped with a 50.cal and a Javelin missile launcher, providing a combination of heavy machinegun and antitank capabilities to warfighters. The system was also recently showcased in a live fire demonstration conducted near Kongsberg’s headquarters in Norway. Further testing and demonstrations, including Javelin firing are planned for the near-future.

”Equipping unmanned and robotic platforms with weapon systems enhances the safety of warfighters and keeps them from harm’s way. These systems will always have a human operator controlling the weapon thus eliminating the concern about “killer robots”,” added Vaarsi.

With approximately 15,000 systems already in service across the U.S. DoD, Kongsberg’s CROWS weapon station-family is uniquely positioned to support UGV weaponization, either as an applique solution or in a ground-up design.

Eskild Aas, Director Digital Vehicle Solutions at Kongsberg stated: “Many of the control capabilities already being delivered to the U.S. (for CROWS) support a relatively straight forward and low-risk UGV integration for our weapon stations.” He went on to say: “We are obviously quite excited to continue our work with Milrem Robotics and believe further demonstrations of this system will help the user-community understand what is possible for a robotic platform.”