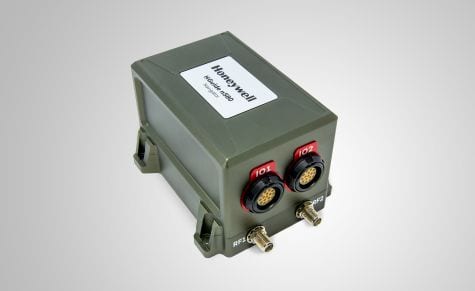 Honeywell has announced that it has produced a new inertial navigation unit that provides accurate navigation for customers across a broad range of industries including agriculture, robotics and autonomous vehicles such as UAVs (unmanned aerial vehicles). The HGuide n580 is the first Honeywell-produced, industrial-focused navigation solution that uses both precision inertial measurement unit technology and Global Navigation Satellite Systems to improve location accuracy even when facing natural and man-made obstacles.

“The blend of inertial and satellite navigation capabilities provided by the HGuide n580 is especially important where precision is required in demanding environments — for example, autonomous cars traveling in cities, where our technology can extend the accuracy and performance of navigational systems while keeping passengers safe,” said Chris Lund, senior director, Navigation and Sensors, Honeywell Aerospace. “Honeywell’s history and expertise in navigation technology enables customers to implement this new wave of advanced technology into their own applications and operations.”

For a GPS unit to function properly, it requires a strong signal connection between the unit on the ground and multiple satellites in the sky to accurately orient its position. City infrastructure such as buildings and tunnels can temporarily block the signal between GPS unit receivers and satellites, creating areas often referred to as “urban canyons.” With the HGuide n580 integrated system, Honeywell’s inertial measurement unit technology combines with GPS to act as a backup solution, which means the loss of GPS signal caused by an urban canyon does not result in a complete loss of navigation.