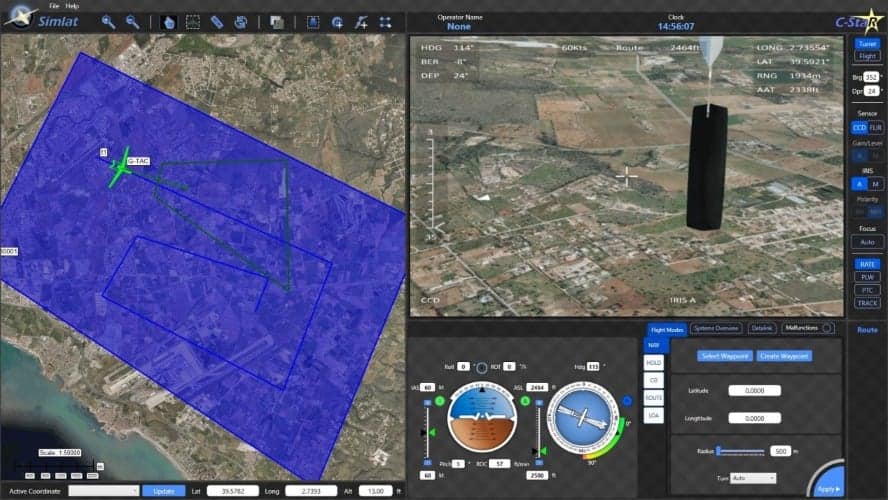 Simlat has announced that it has delivered a Full Crew solution for UAS (unmanned aircraft system) training and simulation to Drexel University. As part of Drexel’s membership in the FAA UAS Center of Excellence, the Alliance for System Safety of UAS through Research Excellence (ASSURE), the university has been utilizing Simlat’s C-STAR system to study human factors in UAS operation.

Drexel’s CONQUER Collaborative, an interdisciplinary effort to study brain function, previously performed an experiment that focused on monitoring performance of the UAS payload operator during training by a wearable brain monitoring technology, namely functional near infrared spectroscopy (fNIRS). In this experiment, subjects with no previous experience with UAS were tasked with sensor and payload operation, requiring skills such as systematic approach, situational awareness and spatial orientation. Performance was measured using an fNIRS system and Simlat’s PANEL. The experiment demonstrated increased proficiency and reduced cognitive effort as subjects gained more experience.

“This study has been one of the early attempts in the UAS training to develop advanced performance assessment technologies as well as personalized and adaptive training methods,” said Kurtulus Izzetoglu, PhD, an associate research professor in the School of Biomedical Engineering, Science and Health Systems who is one of the Drexel’s institutional leads for the FAA ASSURE COE. The Drexel team hosts two of SIMLAT’s C-STAR systems to use as a UAS training simulator platform for their research. “We are very grateful and appreciative of Simlat’s support and close collaboration on our research,” added Izzetoglu.