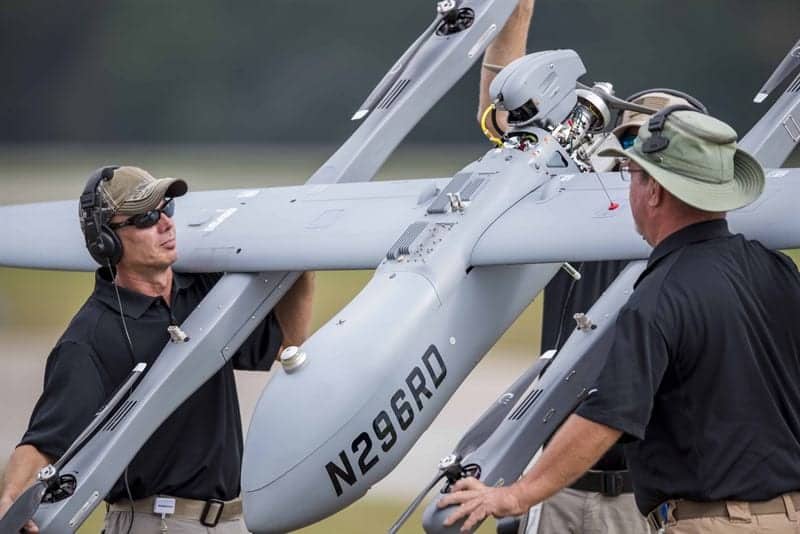 Textron Systems Unmanned Systems has announced that it has completed its inaugural customer demonstration of the Aerosonde HQ. The Aerosonde HQ combines the vertical takeoff and landing (VTOL) capabilities of a multi-rotor platform with the efficiency and speed of a fixed-wing aircraft.

The demonstration was witnessed by numerous military, civil and commercial customers from around the world. The demonstration showcased the system’s runway-independent vertical takeoff and transition to horizontal flight, followed by a landing without the need for any prepositioned personnel or recovery equipment.

“Since announcing our development program earlier this year, we have received great interest from numerous potential customers – including some who are already working with us on our fee-for-service programs for the Aerosonde SUAS,” said Textron Systems Unmanned Systems Senior Vice President and General Manager Bill Irby. “Since then, Textron Systems worked diligently to create an optimized prototype for the demonstration. It was rewarding to share these developments with our potential customers and hear their feedback. We believe this technology holds tremendous potential for our defense, as well as our civil and commercial customers.”

Textron Systems’ Aerosonde SUAS has amassed more than 150,000 flight hours in commercial and military operations around the world. The Aerosonde system is a multi-mission capable UAS that offers the ability to simultaneously support electro optical/infrared full motion video, communications relay, automatic identification systems, and intelligence payloads within a single flight. The system also supports a variety of sensors and payloads optimized for civil and commercial missions including survey and inspection.