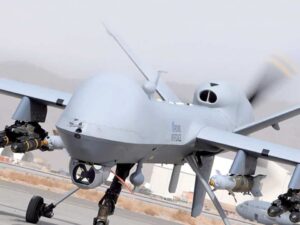 The Lynx Multi-mode Radar, upgraded to the two-channel Lynx Block 20A and in production, is capable of high-resolution video dismount detection and a 30-degree-per-second scan rate with algorithms optimized for detecting small vessels, including Self-Propelled Semi-Submersible (SPSS) vessels. The Lynx MWAS and Dismount Moving Target Indicator (DMTI) capabilities, along with a three-fold increase in the Ground Moving Target Indicator (GMTI) area coverage rate and a new SAR-aided alignment mode, have been incorporated into Lynx radars and are being deployed by U.S. customers.

The JHSV Experiment Campaign plan was directed by the Chief of Naval Operations (CNO) through U.S. Fleet Forces Command in an effort to evaluate new missions that could be supported by the JHSV, with an initial focus on options that involve little or no modification to the existing sea frame. In addition, the plan will inform the development of JHSV’s Concept of Operations (CONOPs) and assess how well the vessel could support other naval mission sets. The ICOP system onboard Navy vessels and now the JHSV offers a tremendous leap forward in providing an intelligence picture of the battlespace in terms of imagery processing, exploitation, and dissemination.