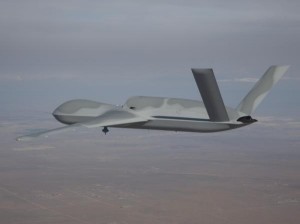 The partnership will strengthen GA-ASI’s and its teammate CAE’s commitment to offer the Predator® B and/or Predator C Avenger® RPA to meet the Canadian Government’s Joint Unmanned Surveillance and Target Acquisition System (JUSTAS) requirements. GA-ASI and CAE, the Montreal-based leader in simulation/modeling technologies and in-service support solutions, formalized their teaming arrangement in May 2011 to meet Canada’s Intelligence, Surveillance, Target Acquisition, and Reconnaissance (ISTAR) needs.

Over the past year, OMX has developed the largest, amalgamated structured database in the Canadian defence, aerospace, and security industry. OMX’s database system uses information that is actively gathered, collected, and managed from existing information available on the Internet by a series of proprietary algorithms. The searchable database has been live since December 2012, with nearly 50,000 companies indexed.

The effort to identify, review, validate, and track potential suppliers across Canada, particularly Small and Medium Enterprises (SMEs), is substantial to GA-ASI as entering large acquisition programs can be confusing and expensive for many Canadian suppliers. Canadian companies interested in becoming suppliers to GA-ASI are encouraged to claim their complimentary company profiles on www.theomx.com and update their information, including Canadian Content Value (CCV) percentages per product.

“We want every Canadian supplier to have the opportunity to determine its own fate,” added Pace. “Suppliers should be able to manage their own data and its availability to our company and other primes without the need to rely on others.”

Not only does the database allow suppliers to manage their own data, but it also actively searches the Web to bring forward new opportunities for GA-ASI to partner with Canadian suppliers that otherwise might be missed through traditional channels.

“There is a constant “push/pull” relationship between suppliers and GA-ASI,” said Nicole Verkindt, founder of OMX. “The best way for Canadian companies to be noticed, particularly SMEs, is to claim their company profile, update their information, including CCVs, and message GA-ASI directly on the site.”

The database will provide GA-ASI with a centralized location for managing data regarding potential suppliers from anyplace in the world. As a result, data regarding potential Canadian suppliers will no longer be lost within stovepiped organizations. GA-ASI will be able to sort and manage data for potential suppliers by type, size (e.g. can view “SMEs only”), location, services provided, certifications/standards, experience, capacity, CCV percentage, and many other factors.

GA-ASI and OMX are working together to develop a back-end to the supplier-managed database that will enable GA-ASI to have a single location to submit and annotate its own data fields, including contact histories, validation comments, and internal reviews, for companies that are coupled with it. In addition, the future OMX IRB tracking platform will be used to monitor GA-ASI’s successful efforts to create jobs and opportunities in Canada.