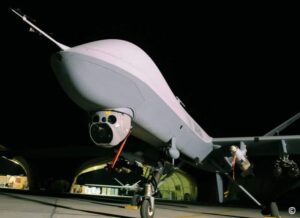 QinetiQ has hosted key industry partners and UK Ministry of Defence (MOD) representatives at its Farnborough Headquarters as part of the latest trial of the Defence Science and Technology Laboratory (Dstl)-run MOD Unmanned Aerial Vehicles (UAV) Autonomy research programme, which is part of the UAS R&D Pipeline.

QinetiQ is leading a team, in collaboration with BAE Systems and Thales, to develop a world-leading decision support system that allows UAVs to conduct some routine tasks autonomously – allowing the pilot to focus on higher level mission priorities. QinetiQ’s Autonomous Aircraft Systems technology demonstrates a “Person to Purpose” Capability, simultaneously flying multiple UAVs which are readily available but always subject to operator demand, thereby allowing the more efficient use of military resources.

The trial was supported by military personnel from the Royal Artillery, the Royal Navy and the Royal Air Force and totalled more than 40 participants. As part of the fourteen day trial, senior figures from the MOD and Dstl were invited to discover more about the programme and industry involvement.

John Keirl, Dstl said; “I am really excited with the output from the latest in a series of capability demonstrations of QinetiQ’s Autonomy and Mission Management toolset. The trial has generated quantitative evidence of the benefit of autonomy technologies when applied in a complex military relevant environment.”

QinetiQ intends to further demonstrate its Autonomy technology for a civil application, in March 2013 in a live flight trial for the ASTRAEA* project.