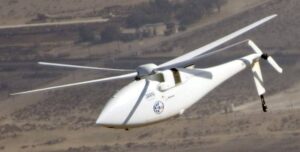 The A160 Hummingbird chopper-drone during a test flight.

This month, the US Army planned to deploy to Afghanistan unmanned helicopter programmed to use high-tech cameras to monitor vast amounts of territory.

But now the Army has moved to shut down production — possibly ending the programme forever.

The aircraft is the A160 Hummingbird, which the Army planned to equip with the powerful Autonomous Real-Time Ground Ubiquitous Surveillance Imaging System, or Argus. But earlier this month, the Army issued a stop-work order — one step away from termination — to the developer Boeing. The reason? A high “probability of continued technical and schedule delays,” costs and risks that have “increased so significantly that program continuation is no longer in the best interest of the government,” said Donna Hightower, the Army’s acting product manager for unmanned aircraft systems modernisation.

The A160 was set to be one of the Army’s most radical new unmanned. The VTOL UAS could loiter for 20 hours at up to 15,000 feet, with a range of 2,500 nautical miles. It could observe up to 36 square miles, thanks to its Argus sensors. Also, Argus has a 1.8 gigapixel camera. Viewed through 92 five-megapixel imagers and 65 video windows for zooming in at ultra-high resolution, the the A160  would have been well-suited for spying on enemy fighters in vast and remote terrain like in Afghanistan, where three of the drones were scheduled to deploy this month. The A160 has also been sent on special operations workouts.

But there were delays due to problems with the wiring and “the need for ground testing to get the Argus sensor suite functioning” on the helicopter, according to Inside Defense. On April 17, an A160 crashed during a test flight in California. As the helicopter was flying between 4,000 and 5,000 feet and around three miles from its runway, “excessive vibration” caused a transmission mount to fail, which caused the drone’s engine to lose power. The aircraft then went into autorotation mode — a backup in case of engine failure — and crashed, the report adds. Boeing “voluntarily suspended” the programme after the crash.

Failures caused by excessive vibration were not supposed to happen, either. The reason is because of the design: what was supposed to make the A160 different from standard choppers.

Whenever a helicopter changes speed, or (really) when a helicopter changes how fast its rotor blades are moving, there is a risk of potentially fatal vibration. But for standard choppers, rotor blades compensate by being flexible. The number of revolutions per minute is also set at a fixed rate. And normally changing speeds isn’t that much of a problem, because standard helicopters usually have the throttle cranked up during flight.

The A160, however, was designed with light and stiff blades made of tailored carbon fiber. The rotor also had a larger diameter than standard helicopters, among other features. Basically, allowing the chopper to operate in different modes without worrying about vibration. It could travel quickly while transiting, or slow down and loiter — quietly — for long periods. That is, in theory. But if the helicopter crashed because of vibration, then it could just be promising more than it was able to deliver.