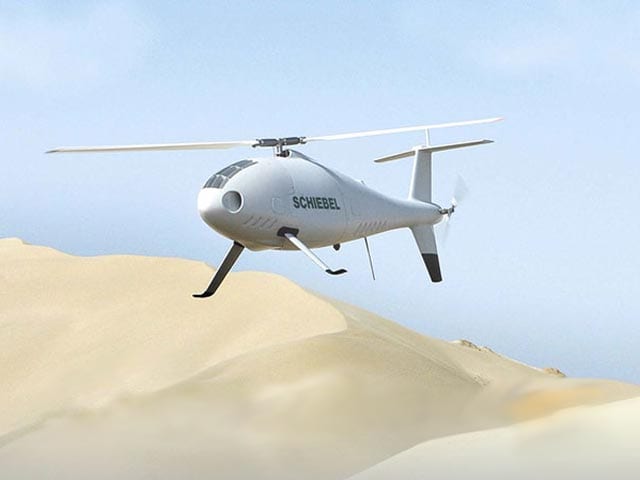 China has reportedly developed unmanned aerial vehicles (UAVs) capable of interfering with the navigation of U.S. aircraft carriers in the Taiwan Strait and the South China Sea, according to foreign reports.

China Briefing, a news website sponsored by the Washington-based Jamestown Foundation, said China’s continued investment in UAV research will make it the second UAV country after the U.S., and its rapidly developed UAVs will enable Beijing to interfere with the situation in the two bodies of water.

The UAV has become an important tool for the Chinese navy to carry out “anti-intervention and regional isolation operations,” and the vehicles will be used particularly in anti-aircraft carrier combat, it said.

One of the pictures shows three UAVs practicing vertical take-offs and landings on the rear deck of China’s Type 054A frigate “Zhoushan.”

Based on the picture, analysts speculated that the UAVs have good stealth capability and can carry 34 kilograms for six hours.

When performing reconnaissance missions, the UAVs have different types of sensors mounted on their bellies. Target images recorded by the UAVs will be transferred to frigates at sea using data link carriers, the weekly reported.

Jane’s Defense Weekly reported that the UAVs spotted by Japan’s defense ministry are similar to the Camcopter S-100s built by Austria-based Schiebel Corp.

The weekly magazine suspected that the Austrian company breached the European Union’s arms embargo to China.

But Schiebel Corp. said its sale of civil S-100 UAVs to China in 2010 was in line with European Union regulations and stressed that the UAVs shown in the photos were not S-100s. The company suspected they might be products developed independently by the Chinese army.

Whatever the origin of the UAVs, James C. Bussert, editor at the U.S.-based Signal Magazine, said in an article that simply having UAVs would not be enough for the People’s Liberation Army to attack U.S. aircraft carriers.

The army will need to have a comprehensive operational support system for search, identification, track, locks, combat and assessments against the “sources of threats,” before it can complete a “kill chain,” Bussert said.

He added, however, that the UAVs will be the integral part of the “kill chain.”