In this article OxTS explains how its gx/ix tight-coupling technology equipped on an OxTS inertial navigation system can alleviate the impact of partial and complete GNSS obstructions on the accuracy of data.

Increasingly, vehicle testing is moving from the proving ground and onto the public road. With the need for robotaxis to navigate dense urban environments, and OEMs and Tier 1s to verify ADAS sensors and systems in urban and rural roads, accurate localization has become one of the most significant problems facing automotive testing on the open road.

In open-sky conditions, achieving centimeter-level accuracy is quite easy for a modern GNSS receiver. This is particularly true when using a base station or similar for corrections. It can, however, become difficult to maintain an accurate position fix when the sky is partially obscured. Buildings, trees, bridges, and other obstructions can therefore be problematic when testing on the open road. 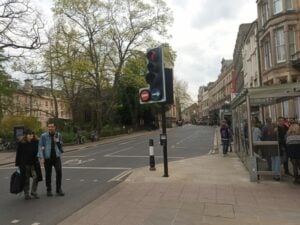 Another problem, particularly in urban settings, is a tendency for satellite signals to be blocked completely or deflected by buildings. The reflected “multi-path” signals can cause significant errors in pseudo-range calculations and so can lead to errors in reported position.

One way to get around this is to simply track more satellites. The recent additions of BeiDou and Galileo satellites have meant that GNSS receivers able to track these extra satellites have a significant advantage over older receivers that are only able to track GPS and GLONASS. If a receiver was tracking four satellites and one was available via a reflected signal, the receiver would need to use this bad signal. It would therefore need to calculate an incorrect position. Alternatively it may discard it – and not be able to calculate a position at all from the remaining three satellites.

If instead, the receiver was able to track ten satellites including one reflected signal, the data from the other nine may be sufficient for the receiver to realize the error in the tenth and discard it. In addition, even where multi-path is not an issue, simply being able to track more satellites in any region of sky makes maintaining visibility to the minimum number (four for SPS mode or six for RTK) of satellites a lot easier when the sky is partly obstructed.

Another way to get around this is GNSS and IMU tight-coupling. Once an initial position fix is made, the IMU can be used to constrain other valid satellite solutions. This ensures that as far as possible, only direct signals are used and multi-path signals are discarded. 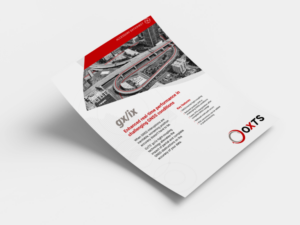 As an example of how this works, imagine a vehicle moving in front of a large glass-sided building. As it does so, the satellite signals tracked start off being received directly and the position is known. The dead reckoning from the IMU (plus some error to account for IMU drift) is able to calculate a “most-likely” position for the vehicle. If the signal is then received via one side of the building, the calculated position due to this “multi-path” error will be outside of this most-likely position and so this bad signal can be discarded.

In addition, where four satellites are required to maintain a position fix (and a minimum of six to maintain RTK), individual satellites can still provide useful position data that can reduce IMU drift. This “single-satellite-aiding” can be used to maintain position when three or fewer satellites are available and also helps with “inertial relock”, where RTK lock can be more quickly acquired after passing under some obstruction such as a bridge or tunnel.

These two modes of tight coupling, we call gx and ix. Taken together, gx/ix tight coupling has a significant advantage over a loosely-coupled system in dense urban environments where multi-path and obstructed skies are more common.

OxTS has recently brought their gx/ix tight coupling to all four constellations to give you the best of both possible solutions. To test this, a drive was conducted through central London. This drive included tunnels and dense urban canyons (see below).

Figure 2: a view of the sky from the same single lane road

The data collected during the drive was post-processed in different position modes: 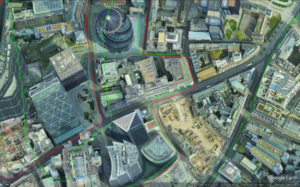 Figure 3: section near the Gherkin building

Through the city of London – a dense urban canyon of single lane roads surrounded on all sides by tall, glass-sided buildings, even an INS tracking all four constellations (indicated by the green line in Figure 3 below) was unable to maintain a reliable position fix. Through the road shown in Figures 1 and 2 (next to the Gherkin building), the loosely-coupled system was often reliant on IMU dead reckoning for the position and at other times experienced large jumps in the position due to multipath.

When processed in mixed mode (indicated by the red line below), you can see that position maintained lane-level accuracy even during this most challenging section, and computed less than one meter of error. To compare, receiver mode, on average, computed over one and a half meters error (and in this particular section even worse). Mixed mode incorporating quad gx/ix tight coupling therefore gives you the best of both worlds and can provide accurate data even in the most challenging areas.

How can I use gx/ix and get improved position in tough GNSS conditions?

Gx/ix is available as an additional feature within OxTS NAVsuite. NAVsuite is OxTS’ complimentary software suite that gives automotive test engineers and surveyors the tools they need to configure, monitor, post-process and analyze their INS data, ensuring they produce the best possible data.

Automotive test engineers across the world use the flagship RT3000 INS for accurate localization and groundtruth measurements, whilst surveyors use the Survey+ and xNAV650 for localization and georeferencing applications.

Our smallest, lightest and most affordable INS. The xNAV650 is the ideal companion for UAV mapping