Sarah Baig at Vertiq explains how the company’s position sensor enables users to precisely position propellers in-flight and upon landing, and how this can benefit drone-in-a-box manufacturers by reducing the size of the box.

Vertiq is working with several drone-in-a-box companies. One of the benefits of our technology is that our position sensor allows us to precisely position propellers in-flight and upon landing. So, when a vehicle lands on its box’s platform, the vehicle can automatically orient its propellers. By positioning propellers in a way to minimize area, our customers can reduce the size of the box significantly, which in turn makes it more space-efficient and easier to transport.

We present the concept below. The red box is designed for the worst-case scenario, which all companies have to do if they don’t know how the propellers will be oriented when the vehicle enters the box. The blue box is designed to take advantage of the propeller positioning feature, which allows the propellers to go into an optimal orientation after landing. In our rudimentary example, we can reduce the size of the box by 24%. 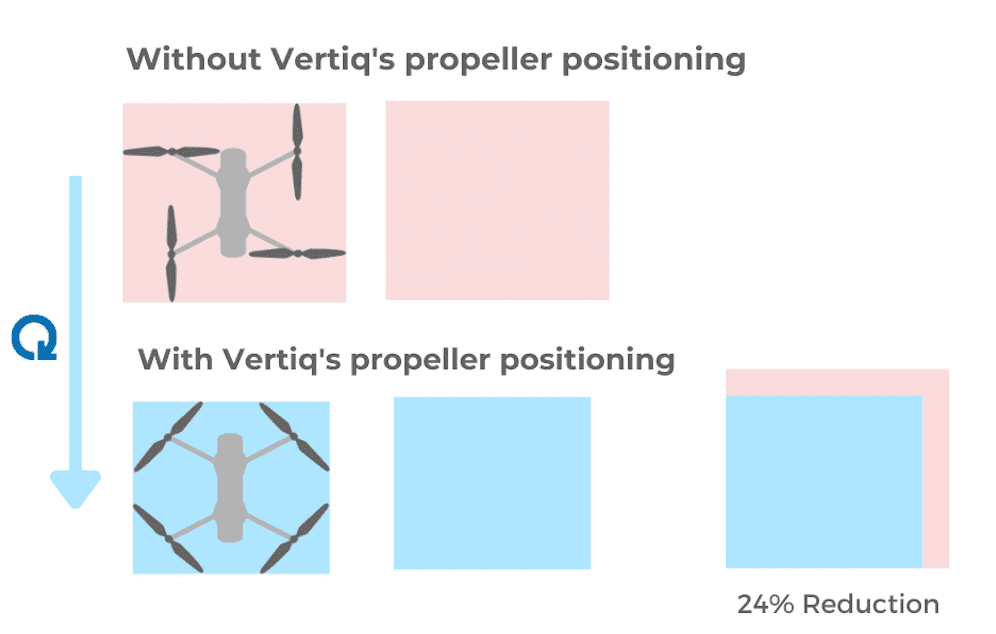 Efficient servo motor and ESC for commercial and defense drones