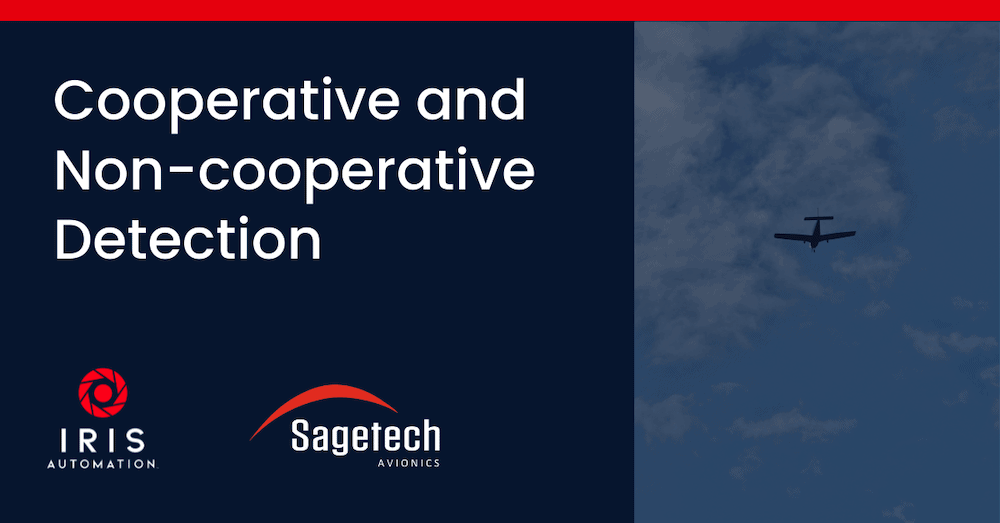 Customers using the Casia Detect and Avoid (DAA) system, Iris Automation’s noncooperative sensor solution, have been able to secure a number of approvals from the Federal Aviation Administration (FAA) based on its ability to enhance the safety of drone operations through noncooperative detection.

Sagetech Avionics’ Airborne Collision Avoidance System (ACAS) for smaller UAVs (sXu) allows the optimal action to be taken when intruder aircraft are detected. Actions can include avoidance maneuvers in horizontal and vertical planes, allowing the aircraft to autonomously avoid a collision by turning right or left, or ascending or descending as necessary. By incorporating Casia into this system, advanced maneuvers are incorporated in line with emerging performance standards.

“This is a tremendous combination of Sagetech Avionics’ cooperative surveillance and Iris Automation’s noncooperative detection that enables a holistic DAA/SAA system that is one step closer to unlocking the potential of BVLOS operations,” said Rudy Johnson, Director of Technical Business Development at Sagetech Avionics.

“This partnership really jumpstarts both of our abilities to offer a superior safety solution through real time determination of the optimal conflict resolution when noncooperative air traffic is encountered,” added Jason Hardy-Smith, VP of Product at Iris Automation.