The drone's unique configuration allows a payload to be mounted on a long horizontal arm, using a cyclorotor for precise control pitch-aeronautics News By Mike Ball / 30 Jun 2022 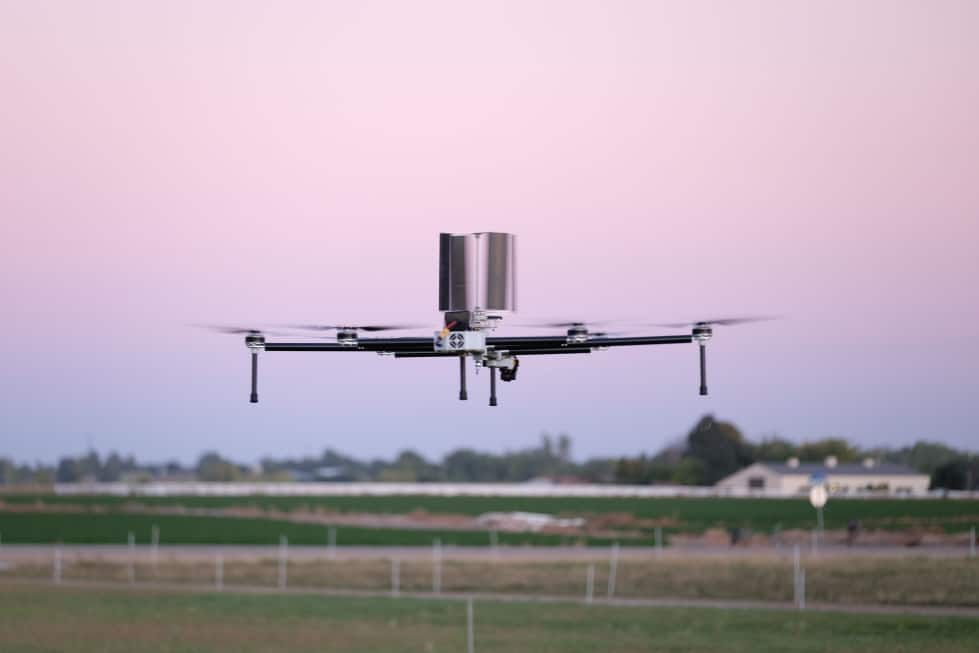 Pitch Aeronautics has developed a new drone platform for touch-based and close-up applications, designed to reduce the need for human involvement in inspection tasks that traditionally require operators to make potentially deadly climbs. The developers of the Astria drone, named after the Greek goddess of precision, have recently received a $90,000 IGEM (Idaho Global Entrepreneurial Mission) grant from the State of Idaho to continue development of the platform, enabling development of additional technologies such as precise positioning and a crack-width measurement sensor.

The drone’s unique configuration allows a 5-10lb payload to be mounted on a long horizontal arm, in order to keep it away from the rotors and allow it to interact with structures such as buildings, bridges, towers, wind turbines and powerlines. The aircraft is flown to the area using a first-person-view (FPV) camera and goggles, similar to virtual reality goggles. Astria overlays key flight and job information onto the goggles, similar to the heads-up-display (HUD) in fighter aircraft. Additional sensors and computers will allow future autonomous operations.

Astria positions the payload near the target by using a cyclorotor for lateral control. Cyclorotors are unique propellers that can near-instantaneously push the drone forward, backward, left, or right. This allows Astria to compensate for wind gusts and fly more precisely. It can create and change thrust five to ten times faster than traditional drones can by pitching or rolling to move.

Together, these capabilities allow Astria to perform up-close, touch-based, and precision robotic tasks. In partnership with Boise State University, Pitch Aeronautics has already created an active thermography sensor for Astria’s payload arm. Subsurface damage can often lead to expensive damage or even structural failure of bridges, aircraft, and wind turbine blades. This damage can be identified if the surface of the object is heated, then imaged with a thermal camera. While this is a proven industry technique, it requires putting a heavy payload close to an inspection target, something not possible with traditional drones.

A common problem encountered by inspection climbers is measuring the width of cracks that emerge on concrete and steel structures. Usually, this is done by holding up a crack width measurement ruler to the crack and manually recording the width. Pitch Aeronautics’ crack width measurement sensor can be positioned close to an object and simultaneously measure all the cracks in an image. As with active thermography, this technique only works if the sensor can be brought close to an inspection target, which is possible with Astria.

Being able to touch an object offers even more possibilities. Pitch Aeronautics is working with Boise State University and Power Engineers to make a bird diverter installation payload for power lines. Bird diverters are reflectors that hang on powerlines to increase the visibility of the line, particularly during dusk, and help prevent bird fatalities and power outages. Currently, bird diverters are installed by bucket trucks or helicopters on live lines, posing significant risk to human lives. In the future, Astria might also use a different payload to install vibration dampers and marker balls on powerlines, perform ultrasonic, eddy-current, and other non-destructive testing on steel structures, and other maintenance and repair tasks such as cleaning, painting, drilling, and more.