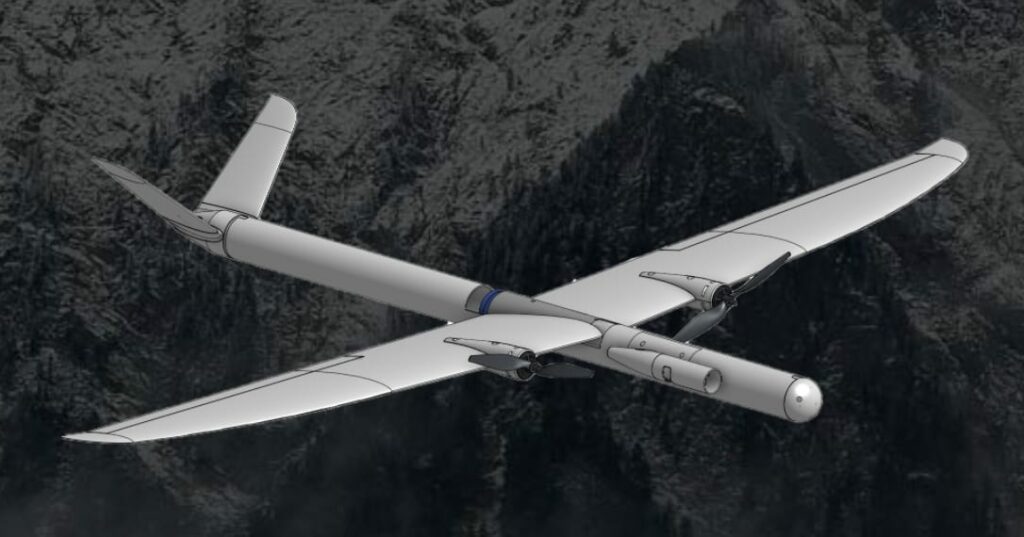 Drones are ideal for observations and measurements in environments that are too hostile for humans. Flying over an active volcano sounds like a bad idea, but given that the Smithsonian Global Volcanism Program defines “active” as any volcano that has erupted in the past 10,000 years, the danger may be a bit less immediate than you think.

Even when they’re not erupting in a spectacular cataclysm of fire, lava and ash, active volcanoes still emit gases that can be dangerous to nearby communities. They can also release particulates into the atmosphere that are very bad for aircraft and make flying over active volcanoes a risky proposition, which is exactly why Black Swift Technologies needs to fly over active volcanoes.

Black Swift Technologies develops unmanned aircraft systems (UAS) to monitor what you might call extreme scenarios: volcanoes, hurricanes and wildfires, as well as comparatively pedestrian glaciers. The company builds its own autopilot systems and unmanned aerial vehicles (UAVs), including a fixed-wing aircraft, a vertical take-off and landing aircraft, and a multi-copter.

It’s all well and good to monitor a volcano from afar, but sometimes you have to get up close and personal. This was the case on a project in which Black Swift collaborated with NASA to measure the amount of CO2 being released from vents in a series of Alaskan volcanoes. The challenge here was twofold: the atmosphere contains a reasonable level of CO2, and the gas disperses into the air extremely rapidly.

For these reasons, to obtain accurate measurements, the fixed-wing UAV had to fly incredibly close to the ground in winds gusting up to 93km/h, with strong downdraft and heavy cloud cover limiting visibility to near-zero. Maintaining accurate altimetry (height above ground) in these circumstances is absolutely crucial.

As if that wasn’t challenging enough, Black Swift is also involved in hurricane research and observation. In 2019, the company was awarded a contract by the National Oceanic and Atmospheric Administration to develop a UAS that could perform hurricane observations close to the ocean surface and the eye wall – that’s the most violent part of the storm, far too dangerous for crewed vehicles.

The goal is to measure pressure, humidity, temperature, sea-surface temperature, and three-dimensional wind velocity. In addition, the drones also measure the height of the ocean and rough swells. This data is used to help measure the intensity and predict the direction of storms and contribute toward more accurate hurricane modelling. Understandably, operating in such extreme conditions requires precise control and altimetry.

LiDAR stands for “light detection and ranging” and operates by rapidly pulsing lasers at the objects and landscapes around it, measuring their distance by the time it takes for the light to bounce back to the sensor. LiDAR can build highly detailed 3D maps and is used in many applications, including meteorology, autonomous vehicles, robotics, and even search-and-rescue.

As LiDAR generates its own light, it is effective in all lighting conditions and weather, making it an excellent fit for monitoring volcanoes and storms. In the case of the former, the lengthy flight time required to map a sufficient area means that any payload has to be light and highly power efficient. Fortunately, the LightWare LW20 has a low power requirement and weighs a mere 10g, making it ideal for Black Swift’s purposes.

For hurricane observation, drones equipped with the LightWare LW20 could accurately measure swell height. The system pulses low-frequency lasers that bounce off the water’s surface along with high-frequency ones that penetrate the surface and bounce off the ocean floor. The LW20 is waterproof, an essential requirement for operating in a raging vortex of wind and rain, and is also highly cost-effective. This last point is pretty important because when you send drones into a hurricane, you don’t plan on getting them back.