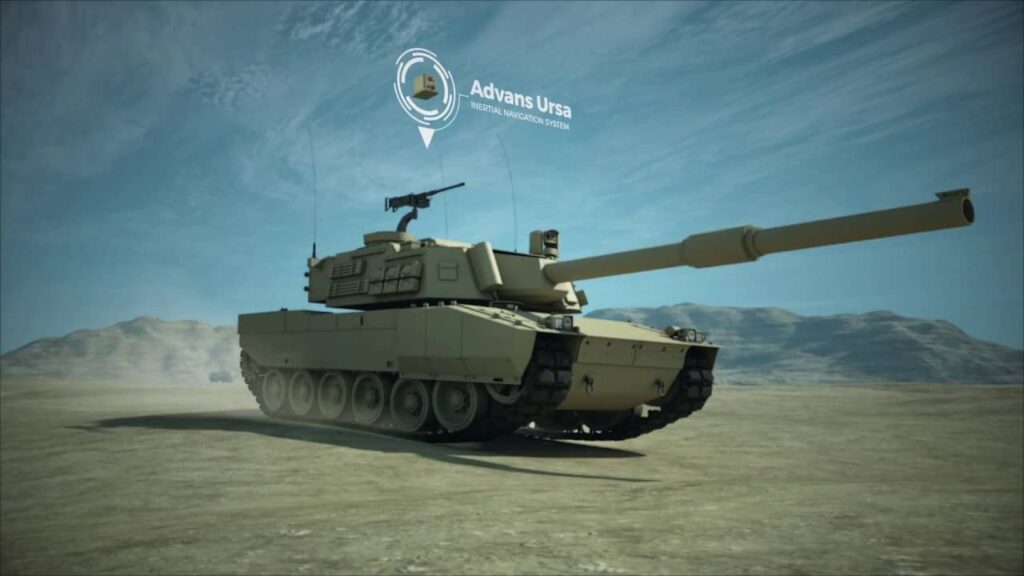 iXblue has released the following article detailing how its Advans Series inertial navigation solutions can be used to ensure high-accuracy navigation for tactical land vehicles such as UGVs (unmanned ground vehicles), even in the event of GNSS jamming or spoofing.

Although the need for a reliable, high-performance INS (inertial navigation system) has already been accepted for long-range radar, air defense weapons and targeting systems, and artillery launchers, INS for land vehicle navigation are still catching up. So far, land forces have mostly relied on GNSS-based solutions for navigational needs, as this has proved effective enough for asymmetrical conflicts. With the increasing tensions between global and local superpowers, this may not be enough any more. High-intensity conflicts bring a whole new range of threats, which may include GNSS spoofing and jamming. Losing critical battlefield navigation due to the jamming of GNSS signals could lead to failure of operations or worse, hence the need for a reliable, high performance, GNSS-free option.

iXblue pioneered the use of Fiber-Optic Gyroscope (FOG) technology and has long since perfected it, reaching an unmatched level of performance, thanks to its expertise and developments of FOG-based INS over the years. iXblue has developed its Advans Series of inertial navigation solutions on this foundation, covering the whole spectrum of land defense applications. This solution has already been trusted by several armies and industry players around the world for its positioning and pointing abilities.

Most INS for land forces installed in combat platforms rely on GNSS to start up and maintain navigation, whereas iXblue’s INS work independently from external sources. Thanks to the three fiber optic gyroscopes, iXblue’s Advans Ursa U5 can register translation and rotation on three axes and provide accurate positioning with a low 0.4% drift of the distance travelled – so, for instance, for every 10km travelled, the INS will have a 40m drift maximum. Drift is common to all INS, no matter the technology, and can be fixed with a repositioning procedure, using a waypoint on the map (road layout, for example). The advantage of iXblue’s Ursa U5 is not only its full independence to external sensors, but also the outstanding performance in distance between each repositioning. In addition, by not relying on a GNSS, the vehicle’s navigation is jamming- and spoofing-proof. iXblue’s Ursa U5 INS is therefore the ideal, cost-effective choice to ensure the critical navigation of land vehicles.

High-performance INS are common in land forces, but have been until now dedicated to systems requiring accurate pointing such as long-range radars, artillery launchers, etc. Their benefits easily justify their price. As a result, tactical vehicles such as infantry fighting vehicles could not afford true INS (i.e. those able to start up and navigate without GNSS), not only because expected performance was not as high, but also because the scope of land programs is higher – they can include thousands of new or modernized vehicles. Budgets not being unlimited, the cost of equipping an entire fleet with inertial navigation systems can prove too high, for benefits that are still harder to grasp than in the radar or artillery programs.

iXblue kept its Ursa U5 cost-effective, providing a high level of performance while still being able to equip an entire fleet. True INS are now affordable for complete fleets of tactical vehicles. The benefit of an INS equipping vehicles is becoming clearer as the international context and technology develop. With increasing collaborative combat capabilities (such as the Scorpion program’s SICS), the consequence of losing navigation can impact the whole network of connected vehicles on the front line. As mentioned earlier, it is a given that in a high-intensity conflict, GNSS cannot be relied on to provide said navigation. It is not far-fetched to extend this problem to future asymmetrical combat.

INS are going to be a key element of combat vehicles. Ursa U5 is a mature, high performance, and cost-effective solution to ensure land operations remain unaffected by these new threats, and is easily installed onboard complete fleets.

Ursa U5 is a plug-and-play system. Weighing under 4kg, with a small footprint of 166x160x136 mm, it is easy to manipulate and install, using a web-based interface for configuration. Complying with MIL-STD standards and resistant to shocks up to 40g/10ms, the INS is sturdy and answers the need for a rugged, no-nonsense system.

Thanks to the FOG technology on which it is based and the lack of moving parts, Ursa U5 does not require any periodic maintenance. With a mean time before failure of over 100,000 hours, Ursa U5 is among the most reliable land INS available.