In this article, the team at Warren Community College, New Jersey explain how partnering with the Drone Zone team to host a drone racing competition has led the college to now offer interested students on their Unmanned Systems Training Program additional training to become racers.

The college is now adding another aspect to its program, following a recent announcement that Warren will be partnering with the New Jersey-based Drone Zone NJ to promote and host drone racing competitions on its campus. 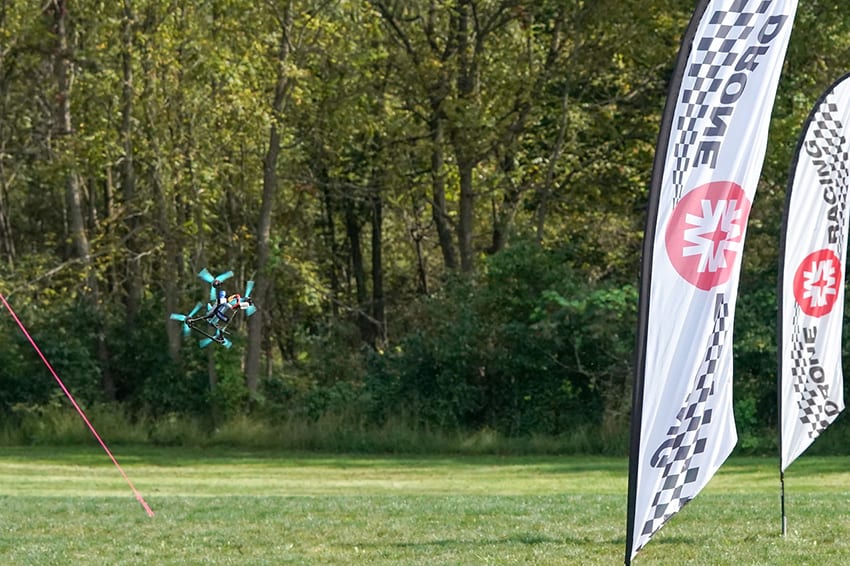 Small but very powerful racing drones can turn on a dime in the hands of skilled pilot.

This super high speed sport pits pilots against each other as they maneuver small drones through anywhere from 1/4 mile to a mile course in around a minute using specially-made viewing goggles and using a hand-held controller.

“The adrenaline you feel racing is the same that other extreme sports produce but with one major benefit – you are not putting your own body at risk during the race,” said Chris Thomas, founder and CEO of MultiGP, nationally recognized as the leading drone racing organization. “There are a lot of really smart, talented people who’ve been playing video games and for them, this is the real world.” 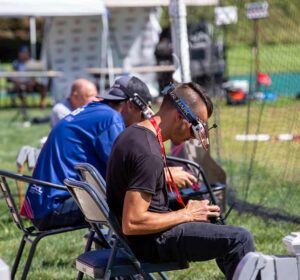 Racing pilots use FPV goggles to operate their drones from the virtual driver’s seat.

Drone racing began as an underground activity in Germany, back in 2011. Early races typically took place in large empty parking garages. In a race, pilots stay on the ground, but they fly with a view as if they were sitting in the aircraft – typically referred to as first-person-view, or FPV. The drone track is strategically designed to challenge pilots as they fly through a course that is set up with obstacles that they need to fly around, under, over and even through. And all at around 100 MPH!

“When I first saw drone racing live I was in awe,” said Dr. Will Austin, President of Warren and the College’s Chief Pilot. “The skills that these pilots have are just amazing and in many ways, hard to even fathom.”

Through MultiGP, Warren is planning on joining the College Drone Racing Association and preparing interested students in becoming racers. Warren’s state-of-the-art outdoor spacious drone port makes for a natural racing venue. In the first race at the New Jersey College in September, participants from all over the country took part, some from as far away as California.

“The sport hasn’t touched its potential yet, far from it,” said Dr. Austin. “Give it a couple more years and it’s going to explode in popularity.”

“This sport is adrenalin action-packed from start to finish,” said Diane Booher, who runs Drone Zone with her husband Dan and son Jack. “There is no other sport like it. The pilots are extremely smart with a complicated skill set that truly sets them apart from anything else you’ll ever see.”

Based in Flemington NJ, Drone Zone New Jersey, is well respected and has been an influential part of the drone racing community for the past 4 years. 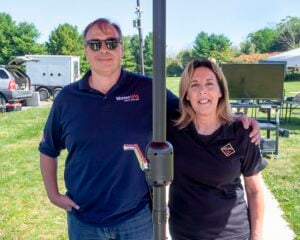 “The Drone Zone New Jersey Team is very pleased to partner with Warren Community College,” said Booher. “It is an exciting opportunity for both parties to take Drone Racing to exceptional levels. Together we can raise the bar even higher to give both the student pilot and spectators an unforgettable drone racing experience.”

At the September race, that excitement – and tension – was clearly on the minds of pilots.

“It’s so fast and aggressive but you have to keep calm and keep your nerves in check,” said 23-year old Patrick White of Long Island, N.Y. “It’s like a dance. Everything has to be timed and methodical. If you make a mistake you’ve got to stay under control and keep at it.”

“Being able to control (a drone) at high speeds and turn on a dime is what it’s all about,” added Alex Suarez, a 19-year old racer from Maryland who is also the Director of Government Affairs for MultiGP. “Inevitably you’ll break something and you’ll have to repair it. That’s part of it.”

Amanda Lipski, a junior in high school in State College, PA, was the only female at the Warren race. As soon as she got a glimpse of drone racing she wanted to sign up:

“I saw it on TV and immediately knew that I wanted to do that,” she said. “I went from an Xbox and by Christmas had all my gear. When I had my first race I was ecstatic flying.” And she proudly added, “My goal was to just get through one gate and I ended up doing three laps and finished in sixth place.”

The drone Industry as a whole is still male dominated with an even smaller female population dedicated to just drone racing. Diane is trying to change this.

“I have co-organized a Women Multi GP Drone Racing organization with my friend and business partner Kelara Efhad,” she said. “This group was created as another great resource for women who would like to learn more about drones. We are trying to create a place where women can inspire and mentor each other while sharing their experiences, journeys, and knowledge. This group will share what becoming a drone pilot has to offer.”

For Austin, Warren’s participation is quite simple, “As we move the drone industry forward, and as we add certified aircraft that carry people and cargo, we will need the best pilots, the most trained, and most certified. We can train and certify at Warren, but the drone racing part of the program allows us to start promoting piloting skills at the earliest of ages. The greatest pilots might become professional racers, but the great pilots that elect to pursue other endeavors will be the ones monitoring the autonomous aircraft we will be passengers on in the future.” 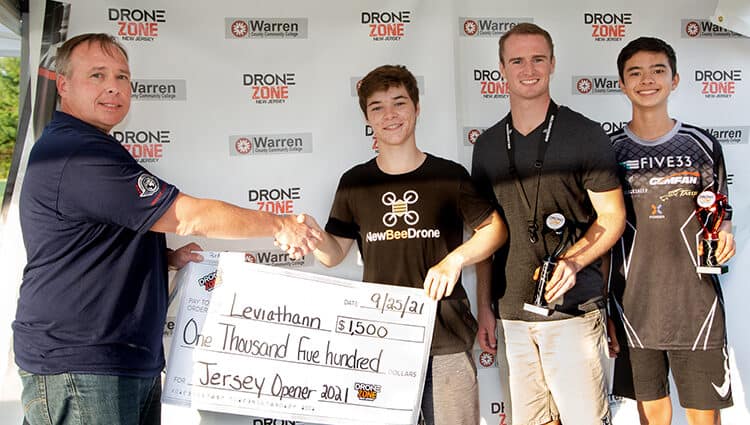 Will Austin congratulates the winners.