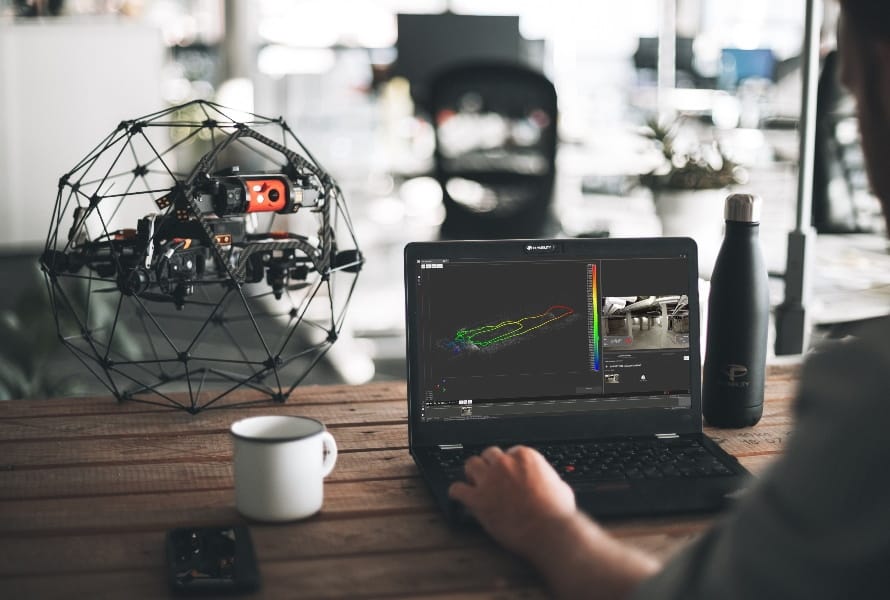 Flyability has launched the Elios 2 RAD, a new indoor operation UAV (unmanned aerial vehicle) that has been specially designed for inspections at nuclear stations. The new drone is an ideal tool for personnel responsible for maintaining low radiation exposure levels following the ALARA (As Low As Reasonably Achievable) requirements.

The Elios 2 RAD takes the place of operators where possible in the collection of visual and radiation data collection, and provides high-quality data for planning interventions that do require exposure, so that it can be kept to a minimum. Equipped with an energy Geiger-Muller detector, the Elios 2 RAD can detect radiation while in flight through Flyability’s piloting app.

After the inspection flight, nuclear engineers can use Flyability’s Inspector 3.0 software to map the radiation along the flight path of the drone, showing the exact location of dangerous dose levels within a nuclear facility. They can also play back the inspection flight within Inspector 3.0, using it to see dose rate measurements displayed synchronously on top of the video footage.

Flyability’s previous Elios 2 drone has been used widely at nuclear facilities around the world, where it has been tested successfully at up to 800 R/H. Nuclear inspectors have reported using the Elios 2 to save six figures in a single inspection flight by reducing downtimes and avoiding the need for scaffolding and other costly temporary structures.

Previously, Flyability has released footage of a flight taken with its Elios drone at the Chernobyl disaster site. The goal of that mission was to collect visual data within Reactor 5, which was never activated, in order to confirm that no nuclear fuel bars were present. Now, with the Elios 2 RAD, it would be possible to return and not just see whether any bars remained, but also record the amount of radiation present throughout the entire site.

Patrick Thévoz, CEO of Flyability, commented: “The Elios 2 RAD represents the first chapter in our efforts to create indoor drones targeted specifically for each of our key verticals, accelerating our mission to use robots instead of people for dangerous indoor inspection jobs. The Elios 2 RAD has the potential to significantly reduce the need for inspectors to be exposed to harmful radiation or to the hazards of confined space entry for the purposes of conducting routine inspections.”

Alexandre Meldem, VP of Sales at Flyability, said: “Over 80% of U.S. nuclear operators already use Flyability’s indoor drones for their visual inspections. Now we can expand that support by allowing engineers to collect actionable, high quality dose data. Helping nuclear inspectors collect this data remotely means that less people will be exposed to the potential harm of radiation.”