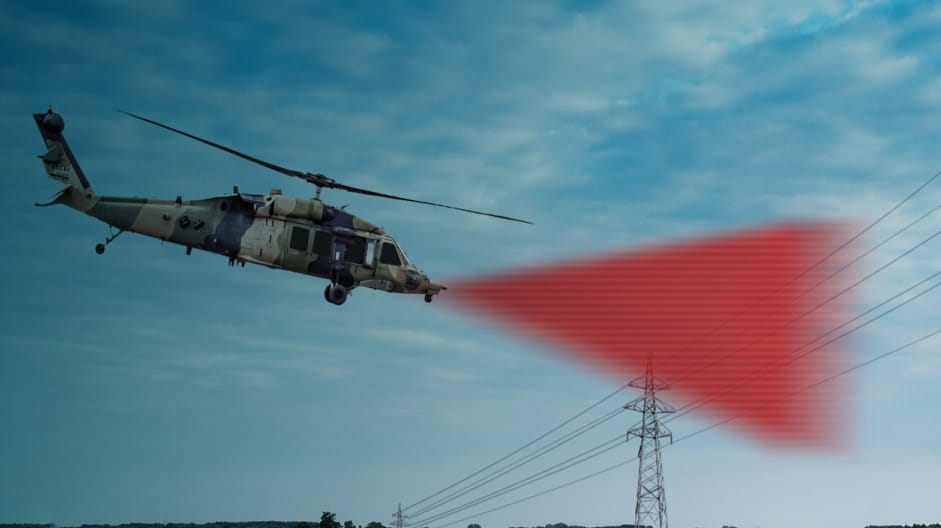 Meteksan Defence has developed the laser-based Helicopter Obstacle Detection System (HETS), designed to be integrated into both manned and unmanned helicopters in order to reduce collisions during missions in harsh weather conditions and low-altitude/high-speed conditions.

HETS is based around a fiber laser with a wavelength of 1550 nm, and can detect man-made structures such as buildings, towers, poles, and power lines, as well as natural obstacles such as trees, forests, and hills. The low-SWaP (size, weight and power) system supports a variety of different interfaces for easy integration into different helicopter platforms, including MIL-STD-1553, RS-422, and ARINC-429.

HETS can detect horizontal and vertical obstacles, including 5mm power lines, by scanning twice a second in a 30 x 40 degree field of view, with an instrumental range of 1500 m. It can produce synthetic audio warning tones as well as visual warnings.

The development stage of HETS has been completed, and it will be exhibited for the first time at the Meteksan Defence booth during the IDEF 2021 Exhibition in İstanbul.