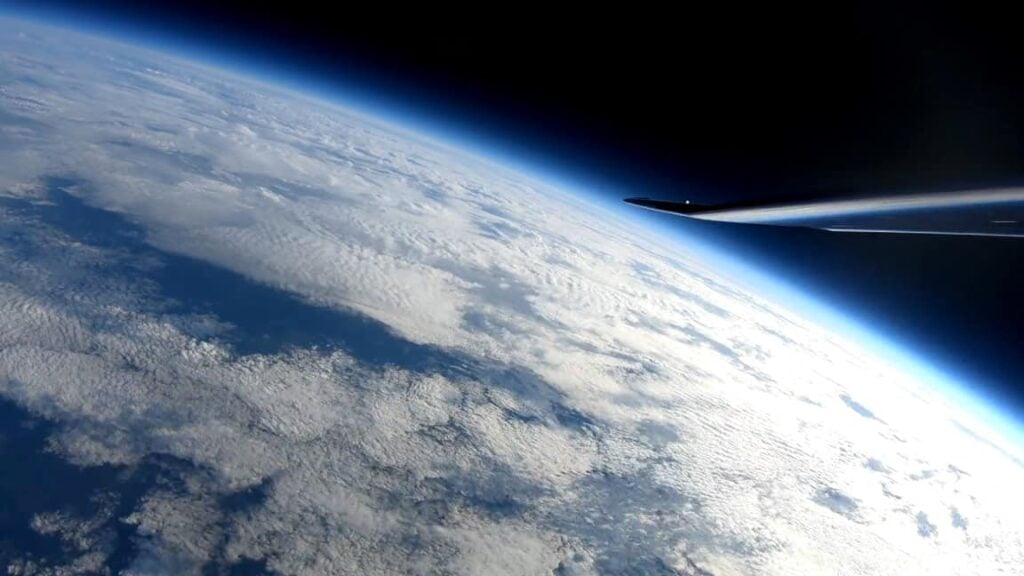 The HiDRON unmanned stratospheric glider has been successfully launched from a high-altitude balloon and tested at altitude. Jointly developed by UAVOS and Stratodynamics, the glider carried a payload containing experimental technology supported by NASA’s Flight Opportunities program.

Extensive testing of the glider’s operation in high-altitude flight conditions was performed, utilizing UAVOS’ autopilot system and payload test services. The launch routine involved safe transition from free-fall to stable horizontal flight in thin air after being dropped from the balloon. The successful test showcased the performance of UAVOS’ autopilot system at long ranges and beyond visual line of sight (BVLOS).

The payload was a combination of forward-sensing turbulence detection technologies developed by the University of Kentucky in Lexington and NASA’s Langley Research Centre in Hampton, Virginia. The flight test aimed to help researchers assess the performance of a wind probe from the University of Kentucky along with an infrasonic microphone sensor. Together, the instruments are designed to aid forward-sensing turbulence detection for unmanned aerial vehicles (UAVs), commercial aircraft, the urban air mobility market, and the on-demand drone delivery sector.

Nick Craine, business development lead at Stratodynamics, commented: “While the company has conducted pre-flight testing with the licensed sensor, the most recent flight was the first fully complete payload test in an operational environment. Another flight campaign is forthcoming at Spaceport America in late April. This experiment enables cross validation of the sensor with UK’s technology. The HiDRON glider powered by the UAVOS autopilot enabled the instruments to capture wind velocity, direction, magnitude, and low-frequency sound waves in a flight environment not possible with a passive lift-and-drift balloon flight profile alone.”

Aliaksei Stratsilatau, CEO and Lead Developer at UAVOS, said: “Flying an unmanned aerial vehicle inside the stratosphere means operating it outside visual line of sight, in low pressures and cold temperatures. These environmental conditions pose many challenges to the UAV aerodynamic design, the autopilot system and the ground infrastructure. We’ve tested the autopilot setup and analyzed flight test results from every phase of the mission. The lessons learned from this test flight will be focused on the future high-altitude missions as well as future Mars analogue flight concepts.”

Sean Bailey, principal investigator for innovation at the University of Kentucky, said: “The advantages of using this type of aircraft – a balloon launch with a glider recovery – has a lot to do with the conditions needed to test our instruments. The sensitivity of the sensor actually increases with higher velocity. So, it’s not something you could get to work on a conventional balloon because the air flow wouldn’t be fast enough.”