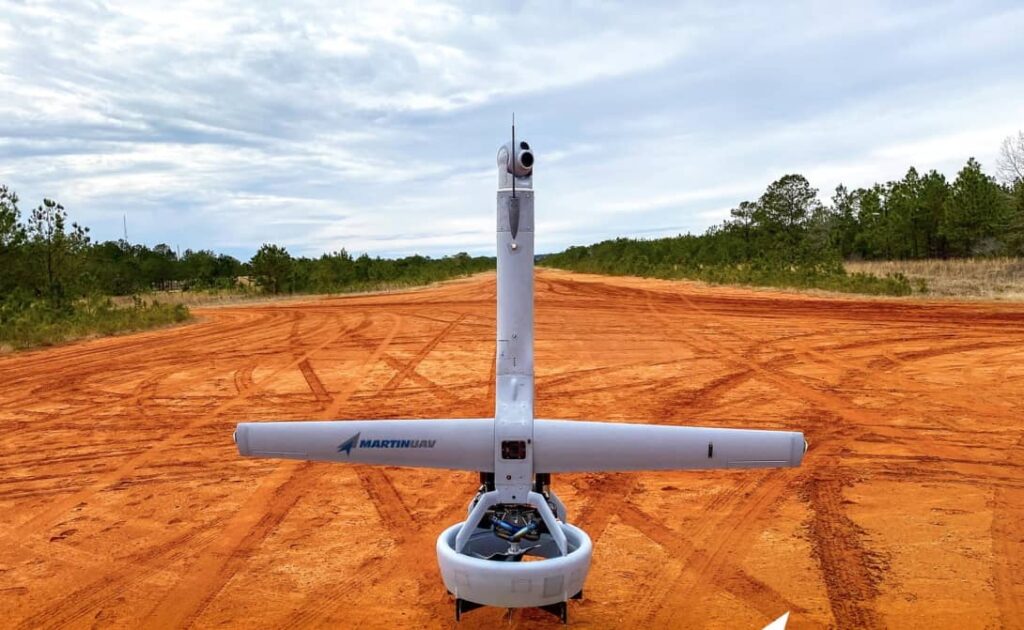 The V-BAT 128’s enhancements include an updated engine that provides increased horsepower and 11 hours of endurance, while maintaining its small VTOL footprint. The new platform also features a higher ceiling of 20,000 feet MSL, and interchangeable mission-specific payloads of up to 25 lbs (not including fuel weight).

The V-BAT UAV has been utilized by the U.S. Department of Defense, supporting the Army, Marines and most recently the United States Southern Command’s (SOUTHCOM) enhanced counter narcotics operation in the Eastern Pacific.

Heath Niemi, Chief Development Officer at Martin UAV, commented: “We are honored to be a part of AEWE, being among some of the best organizations in the industry, to support their efforts to explore increased innovation. We have listened to our customers and are excited to deploy our upgraded V-BAT, displaying how Martin UAV is increasing mission capability, security and mitigating operational risk. The V-BAT’s versatility and agile nature of its competencies lend itself well for the varied needs of the Army and we could not be more excited about the upcoming demo days.”