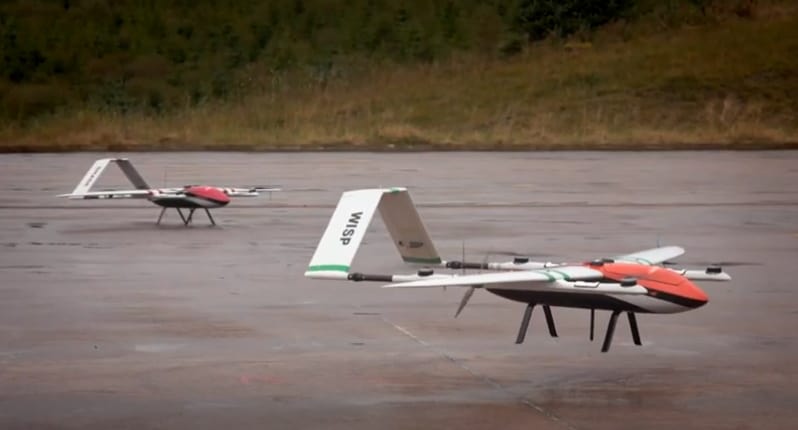 The UK’s Defence Science and Technology Laboratory (Dstl) has recently completed an exercise with a swarm of 20 drones in the largest collaborative military-focused evaluation of swarming unmanned aerial vehicles (UAVs) in the UK to date. The exercise was the culmination of Dstl’s Many Drones Make Light Work’ competition, which was funded under the Ministry of Defence’s Science and Technology Portfolio through the Defence and Security Accelerator (DASA).

The exercise, based at RAF Spadeadam in Cumbria, showcased the progress made in phase 3 of this drone swarm project, which was undertaken by an industry team led by Blue Bear Systems Research that included Plextek DTS, IQHQ, Airbus and Durham University. The scope of the contract was for an Integrated Concept Evaluation activity to explore the technical feasibility and military utility of a swarm of up to 20 small UAVs operating collaboratively.

Dstl’s Technical Authority for the project commented: “Dstl has been driving research in autonomous systems across different platforms and domains for many years. This is a significant step forward in our understanding of the capabilities of swarming drones and has been achieved through excellent collaboration across the MOD and with a number of small and medium enterprise partners. This 18 month collaboration has resulted in the demonstration of an operationally relevant capability and will inform and de-risk future choices and decisions about swarming drone capability.”

Watch a video about the drone swarm exercise below:

This article is based on a release originally authored by Dstl