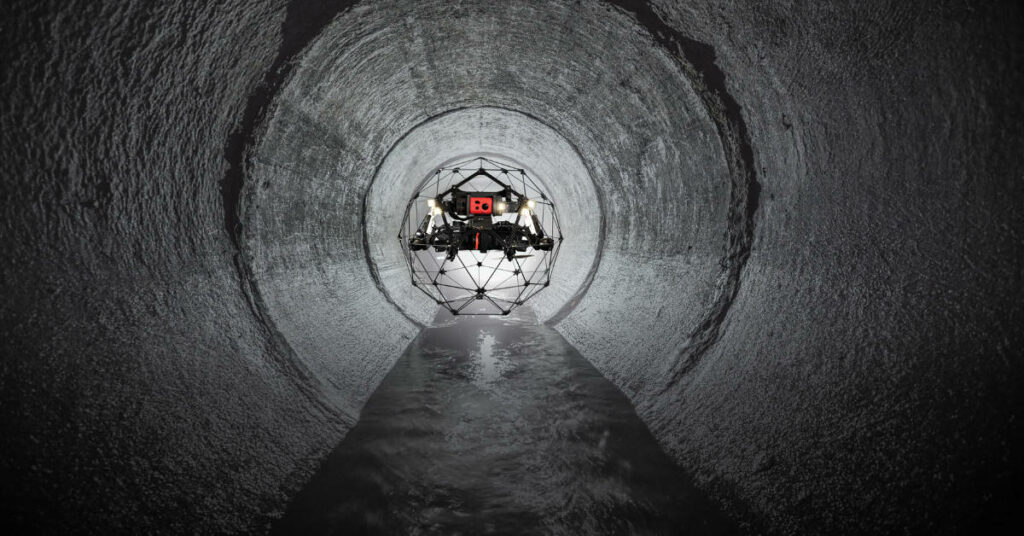 Flyability’s Elios 2 inspection drone has been used to conduct a mission at the Chernobyl Nuclear Power Plant in order to determine whether nuclear waste was present in one of the plant’s decommissioned reactors. At the time of the disaster, the fifth block of the Chernobyl Plant was under construction, and no record was made of whether the holding pools in Reactor Five had ever received the depleted uranium fuel bars for which they had been made.

Thirty-three years later, Chernobyl’s decommissioning team needed to know whether any nuclear fuel bars were present, and whether the primary equipment that would have been used in the reactor had ever been mounted. The Chernobyl decommissioning team had little experience with using drones to collect visual data remotely. The Elios 2 was an ideal solution due to its protective cage, which allows it to enter confined indoor spaces.

Although the reactor is structurally sound, access to the areas within it where nuclear waste might have been stored was impossible because the entryways were too high off the ground. To conduct the mission, Flyability pilots stood in the middle of the reactor, in a pit that was about 25 meters (82 feet) deep — a location that would have been inaccessible if the reactor was still active. The pilots were able to fly into Reactor Five and collect enough visual data to determine that the pools were empty and there was no nuclear waste present anywhere inside.

Following the mission, the Chernobyl decommissioning team planned to include the visual evidence collected by the Elios 2 in a report submitted to international authorities regarding the status of the plant’s reactors. While the Elios 2 is commonly used for inspections at nuclear power plants, this mission marked the first time that the platform has been deployed during efforts to decommission a plant.

Charles Rey, the Training Manager at Flyability and one of the mission’s leaders, commented: “The Chernobyl mission was stressful, because the wall we had to fly over was 70 meters [230 feet] high, so there was no way we could get the drone back if the signal was lost. But the mission was a great success, and the people in charge at Chernobyl were very happy with the video and images we were able to collect inside Reactor Five.”