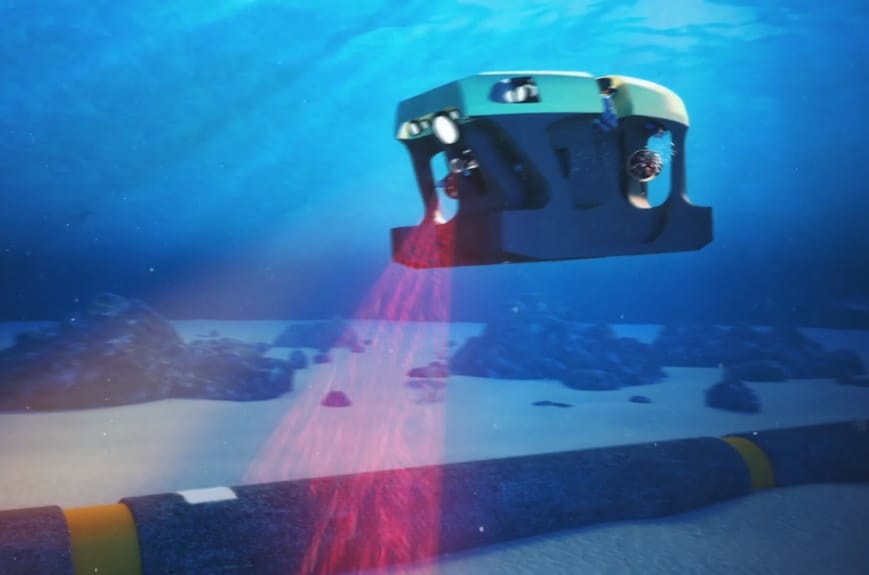 iXblue has partnered with tubular technology manufacturer Vallourec and the visual positioning startup FORSSEA Robotics to develop a new pipeline inspection solution that combines unmanned underwater vehicles (UUVs) and the use of visual markers, while also removing the need for surface vessels.

Traditional methods of inspecting of subsea pipelines and structures involve the use of a manned or unmanned surface vessel that uses acoustic positioning to monitor the deployment of Autonomous Underwater Vehicles (AUVs) or Remotely Operated Vehicles (ROVs). These subsea vehicles then collect the required information – such as a pipeline’s route, anode consumption, free span, burial and crossing areas – using onboard sensors. In order to reduce the operational costs of such inspections, the three companies decided to develop a solution that uses visual markers directly integrated onto subsea pipelines, thus enabling surface vessel-free subsea navigation.

The solution uses barcodes as passive positioning references, which are logged with their own coordinates during the laying operation and remain accessible throughout the life of the pipeline. The markers are used as navigation aids for UUVs, equipped with FORSEEA cameras and iXblue’s inertial navigation systems, which easily relay the pipelines’ locations to the control station, removing the need for acoustic positioning systems and costly mother vessels. In order to remain visible to both UUVs and human divers over the long term, these markers are manufactured to be resistant to marine growth and erosion.

Jean-Guillaume Besse, Vallourec R&D project leader, commented: “This technology had already proven itself on large structures in the field. Back in January of this year, we did a first sea trial on much smaller surfaces – down to pipes of 6” in diameter – in the South of France. The tests were a success, proving that these markers, combined with iXblue’s and FORSSEA’s expertise, can be used to provide accurate subsea positioning without the need of acoustic systems.”