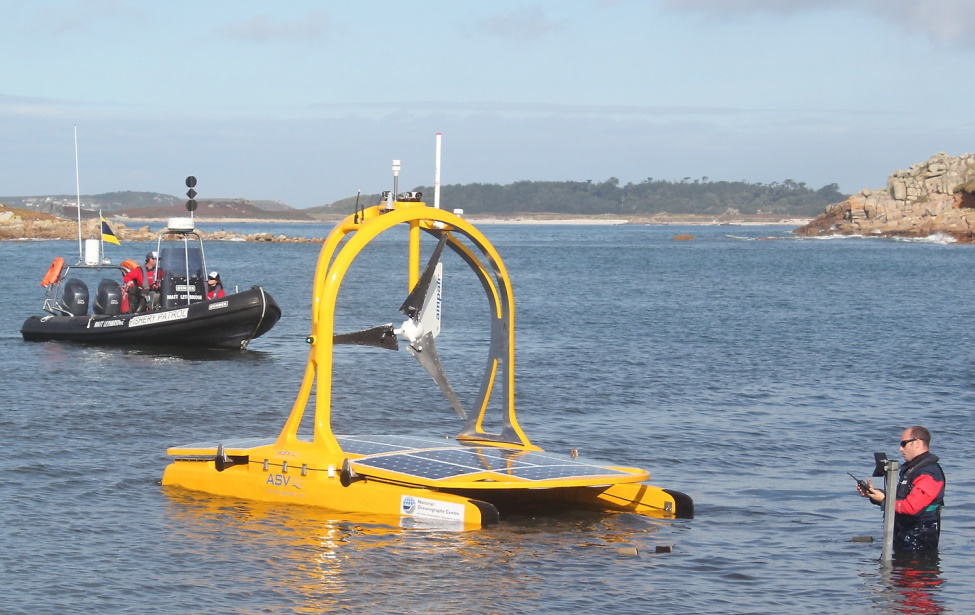 AIRMAR® Technology Corporation has confirmed that their ultrasonic WeatherStation® Instruments have been selected by the UK’s National Oceanography Centre (NOC) for use on the organization’s fleet of autonomous surface vehicles (ASVs).

Powered partially or completely by solar or wind power, these robotic marine platforms are able to undertake long-duration missions that often last for a number of months – making them ideal for oceanographic data gathering.

ASVs typically carry a payload consisting of multiple instruments, and their persistent surface presence provides an advantage for monitoring and gathering weather information. The NOC has selected Airmar’s 150WX WeatherStation Instrument to be integrated into each of its ASV platforms.

The 150WX WeatherStation Instrument is a rugged, low-footprint ultrasonic multisensor that is designed for both stationary applications and mobile platforms, such as ASVs and unmanned ground vehicles (UGVs). Featuring an integrated GPS receiver and self-aligning two-axis compass, the 150WX calculates the theoretical wind speed and direction based upon the apparent wind and the speed and heading of the vehicle.

With a variety of other sensors also built into its IPX4 or IPX6 rated enclosure, the 150WX WeatherStation Instrument can also provide pitch and roll, air temperature, barometric pressure and relative humidity data, making it a highly versatile platform for atmospheric condition measurement. Data can be output via NMEA 0183/ASCII Serial protocol over an RS232 or RS422 interface, or via NMEA 2000 protocol over CAN.

The NOC’s fleet of three ASVs, each of which carries the Airmar 150WX WeatherStation Instrument, comprises a Liquid Robotics SV3 Waveglider, an ASV-Global C-Enduro, and a Seiche AutoNaut.

Learn more about the National Oceanography Centre’s fleet of ASVs and their research studies:
https://www.noc.ac.uk/facilities/marine-autonomous-robotic-systems/asv