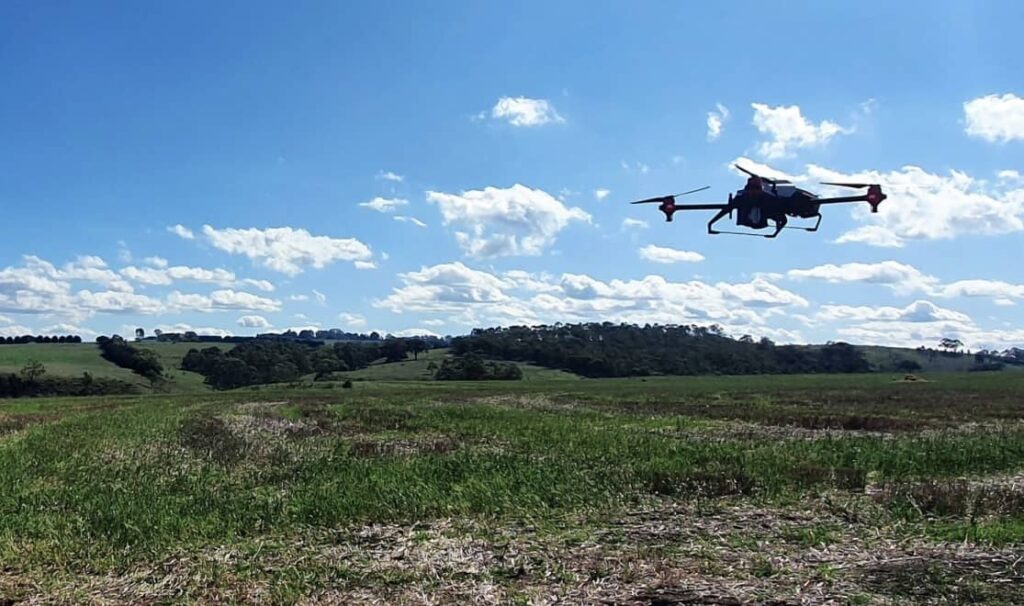 XAG has provided resources to aid the post-fire drone seeding operation on Lake Cobrico, Victoria, as part of the effort to restore Australia after the devastation from wildfires. The company sent three P Series drones equipped with JetSeed granule spreading systems, which were used to distribute a blend of 12 different native plant seeds over an area of approximately 40 hectares of burned land.

Due to the large-scale bushfires, Australia has been facing an unprecedented decline in biodiversity as well as substantial increase in greenhouse gas emission. Peatlands have been experiencing drainage and fires, which contributes to 5% of global carbon emission. Lake Cobrico is a swamp wildlife reserve located near Warrnambool in Southwest Victoria, and has suffered severe damage to its peatlands. In the worst-affected areas, the ecosystem itself may be unable to regenerate naturally, thus requiring human intervention such as direct seeding. Re-establishment of native vegetation will help slow down erosion and sedimentation, as well as suppress invasive weeds.

During the operation, the drones accurately followed a pre-set flight route, while harnessing high-speed airflows to project seeds from 2-3 metres above the ground. Seeding rates were precisely controlled and adjusted in real time to ensure that the proper amount of seed was distributed evenly into the target area. Seeding by hand or ground equipment was not possible due to part of the peat swamp being difficult to access. Aerial seeding by plane or helicopter is costlier than using drones and may result in seed drift and uneven distribution.

Geoff Rollinson, Heytesbury District Landcare Network (HDLN) coordinator, commented: “This project wouldn’t be able to go ahead in the normal manner because some areas of Lake Cobrico are unstable.” XAG is the first business in Australia to obtain swarm flight approval from Civil Aviation Safety Authority (CASA), and is licensed for one pilot to operate up to five drones in order to increase efficiency.

The project was funded by Department of Environment, Land, Water and Planning (DELWP) and managed by HDLN. XAG and HDLN will closely monitor the results of the drone seeding operation, comparing them to natural regrowth in other areas. If successful, the project may be replicated across the region and state, especially within areas where traditional reseeding techniques are inapplicable.