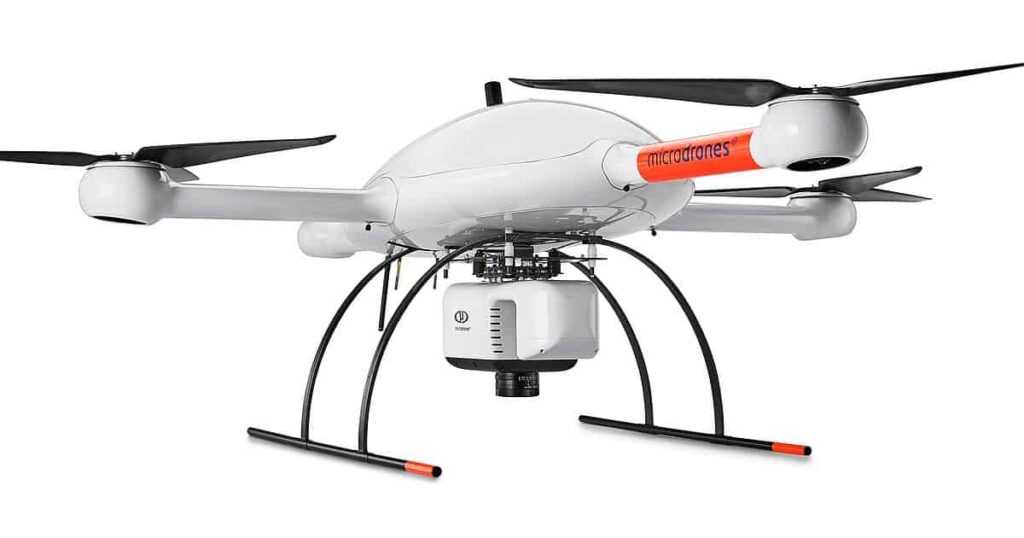 The team at Microdrones has released a new reality series that focuses on the challenges and hazards faced by UAV (unmanned aerial vehicle) surveying crews, as well as the data deliverables created by integrated drone-based surveying systems, such as 3D pointclouds, orthomosaics, or methane inspection concern maps.

Register here to watch the first three episodes of the series, which include exclusive behind-the-scenes mission planning, data capture and analysis of the final deliverables narrated by the professionals involved in the project

The first three episodes of “Down to Earth” follow engineering and surveying firm Crafton Tull as they attempt to map a path for a road through Arkansas’ Ozark Mountain Region. Crafton Tull used the Microdrones mdLIDAR1000 UAS to survey this challenging terrain, using the drone to navigate an elevation change of more than 500 feet.

“We frame Down to Earth within the genre of a reality series, because part of the show is watching surveyors work out in the field, set up their equipment, and deal with all the different elements and challenges they face,” commented Microdrones Marketing Director Bret Burghdurf. “This series demonstrates how Microdrones can make that process more efficient with powerful end deliverables from our systems. If you want to see real surveyors overcoming difficult field challenges and collecting really good data, then watch Down to Earth.”

To find out more about Microdrones’ “Down to Earth” series and to watch the first three episodes, register here.