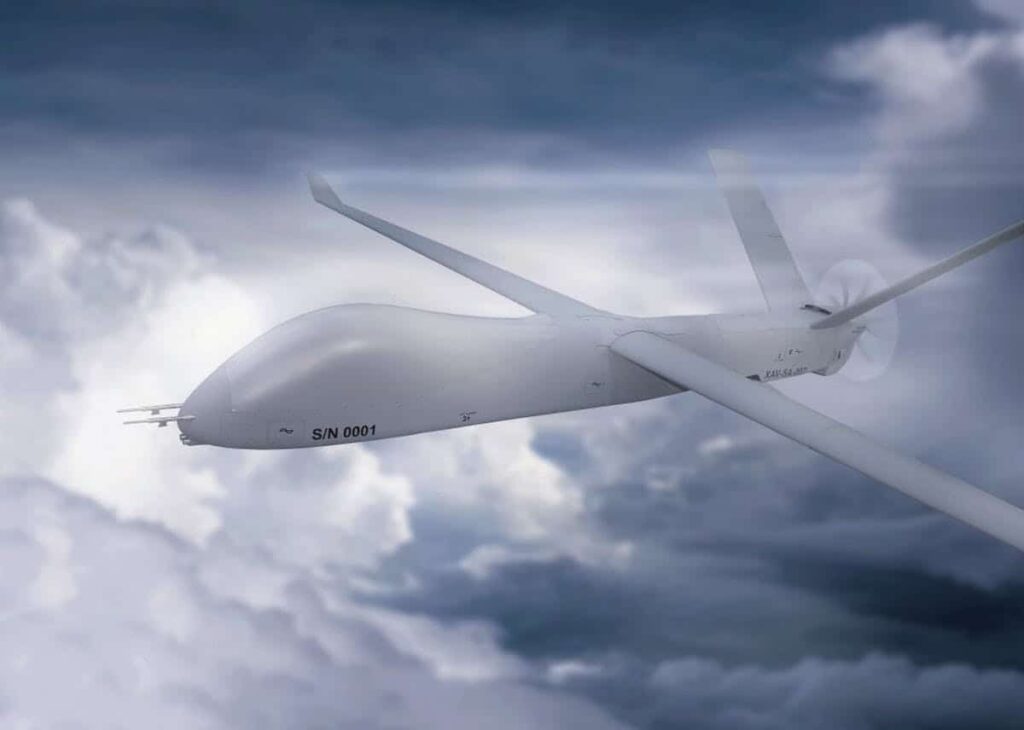 Leonardo has announced that its new Falco Xplorer unmanned aerial vehicle (UAV) has completed its first test flight. The drone, which is the largest that the company has produced to date, took off from Trapani Air Force base in Italy, flew over the Gulf of Trapani in a dedicated fly zone for around 60 minutes, and then safely returned to base. The Italian Air Force Test Flight Centre provided technical and engineering support for the flight.

With a flight endurance of over 24 hours, an operating ceiling of greater than 24,000 feet and a maximum payload of 350kg, the Falcon Xplorer is designed to provide persistent, multi-sensor strategic Intelligence, Surveillance and Reconnaissance (ISR) capabilities to both military and civil customers. The drone can be tailored to particular requirements and can be provided as either an integrated system or as a fully managed service, flown and operated by Leonardo.

Prevous members of the Falco family have been selected by the United Nations and Frontex, the European border and coastguard agency. Feedback from these deployments was incorporated into the design of the Xplorer, which features a comprehensive sensor suite including Leonado’s Gabbiano T-80 multi-mode surveillance radar, its SAGE electronic intelligence system, an automatic identification system for maritime missions and an Electro-Optical (EO) turret. An optional hyperspectral sensor can also be fitted, allowing the Falco Xplorer to monitor pollution and agricultural development. The native satellite link capability allows for beyond-line-of-sight operations, while its open system architecture means that third-party sensors can be easily integrated.

The next stage for the Falco Xplorer is a series of flight campaigns to assess the aircraft’s full range of capabilities including its integrated sensor system. These campaigns will also certify the Falco Xplorer against NATO’s STANAG 4671 airworthiness standard, substantially expanding the territory over which it can operate.