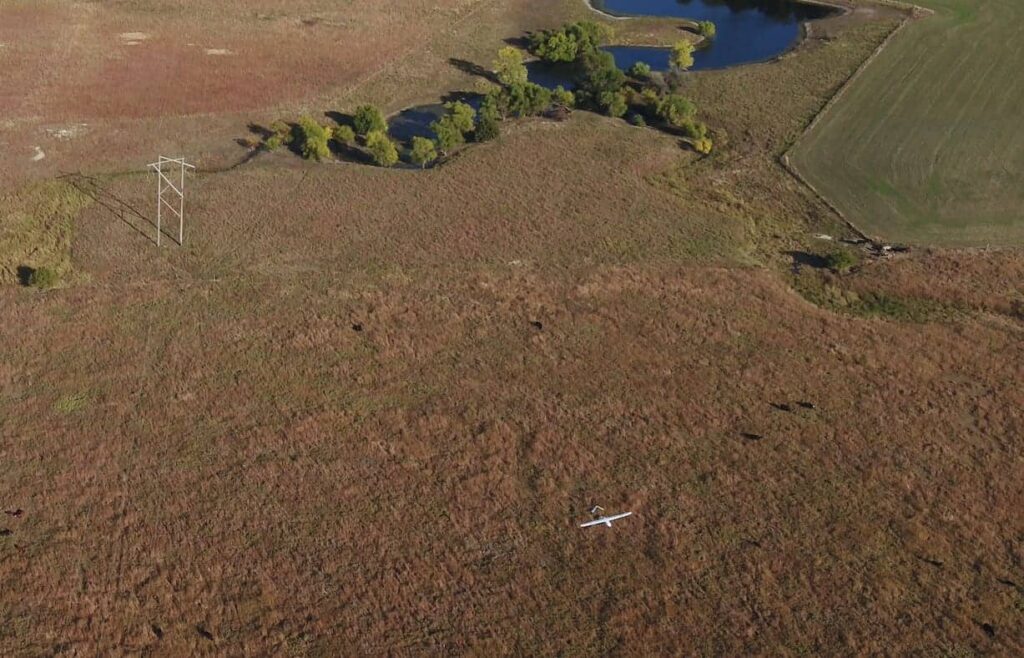 Applied Aeronautics has announced that its Albatross UAV (unmanned aerial vehicle) has been used by the Kansas Department of Transportation’s (KDOT) UAS Integration Pilot Program (IPP) to undertake the first beyond-visual-line-of-sight (BVLOS) drone operation using only onboard detect-and-avoid (DAA) systems.

The nine-mile flight, which was conducted by teams from Kansas State University Polytechnic Campus and unmanned aviation safety firm Iris Automation, marks the first time under Part 107 that the FAA has authorized a drone operation to fly BVLOS without a requirement for visual observers or a ground-based radar. Drone flights that use these measures are more expensive and limit operations to pre-defined corridor areas with radar coverage, and proving true BVLOS operation is the first step towards enabling routine viable commercial infrastructure inspection with UAVs.

The Albatross UAV was used by the teams to inspect power lines in collaboration with Kansas’ largest energy provider, Evergy, Inc. Following the initial flight, more than 150 miles of BVLOS inspections were completed in two days. The FAA’s approval for the drone operation was granted based on the utilization of Iris Automation’s Casia detect-and-avoid system, which provides commercial drones with automated collision avoidance capabilities. Casia detects, tracks and classifies other aircraft and makes intelligent decisions about the threat they may pose to the UAV. The system then triggers automated maneuvers to avoid collisions, and alerts the pilot in command of the mission.

Alexander Harmsen, Iris Automation CEO, commented: “This marks the first true BVLOS flight in the nation and is a tremendous milestone for the drone industry. We see this as one of the most notable accomplishments to come from the IPP program to date. We’re thrilled to set the precedent and bring our industry’s utilization of drones from dream to reality.”

Kurt J. Carraway, UAS Executive Director of the Applied Aviation Research Center at K-State Polytechnic, said: “We are excited to be a part of this team of UAS pioneers. The hard work of this team creates a gateway for utility companies such as Evergy to create efficiencies in transmission line inspections using unmanned aircraft. We look forward to leveraging this opportunity to document safe operations of this nature, which will lead to creating state-wide access to this technology.”

U.S. Transportation Secretary Elaine L. Chao said: “This program supports the President’s commitment to foster technological innovation that will be a catalyst for ideas that have the potential to change our day-to-day lives.”