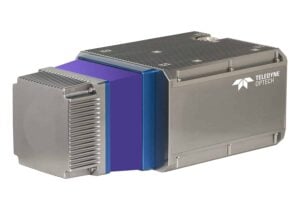 The CL-360 joins the CL-90 in Teledyne Optech’s range of compact, high-accuracy LiDAR scanners and has been designed specifically to meet the needs of OEM hardware manufacturers working within the mobile, static, UAV or airborne surveying markets.

As well as long-range performance, the CL-360 also offers exceptional vegetation penetration and much higher target resolution, required for high-density applications, such as asset inspection and engineering projects. This is enabled by the smaller beam divergence and corresponding smaller beam footprint.

Speaking about the release of the CL-360, Mark Treiber, Product Manager for Compact LiDAR, said “We are very excited to expand our Compact LiDAR portfolio with the addition of the CL-360. The CL-360 will form the foundation of numerous forthcoming product configurations from our OEM partners for a multitude of applications and platforms.”

Part of the Teledyne Imaging Group, Teledyne Optech offer both standalone and fully integrated LiDAR and camera solutions for applications:

The CL- 360 boasts survey-grade data precision and is the latest addition to Teledyne Optech’s new range of compact LiDAR sensors for UAV and mobile applications.