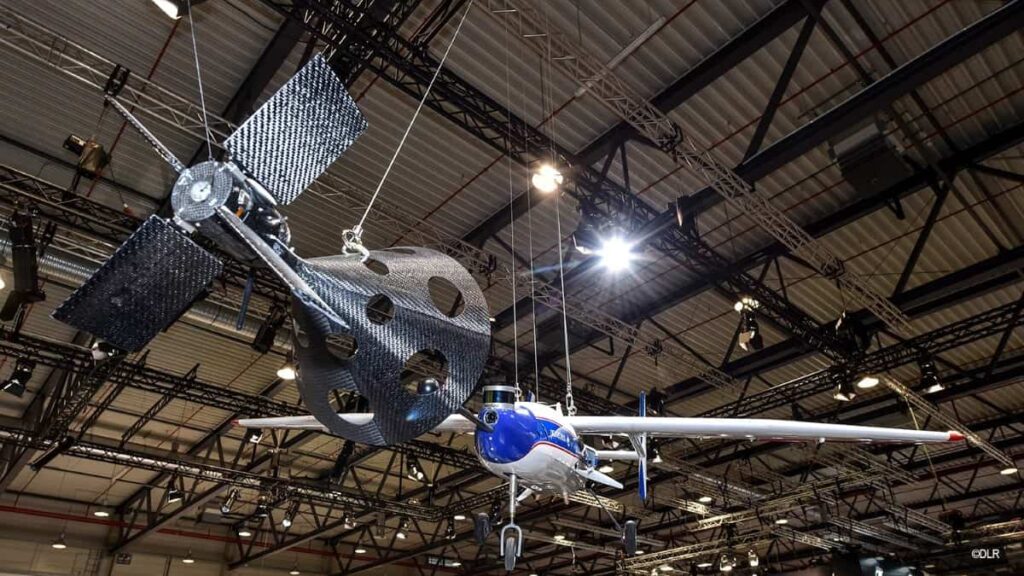 Drone Rescue Systems GmbH has announced that it has partnered with the German Aerospace Center (Deutsches Zentrum für Luft- und Raumfahrt; DLR) in support of the European research project FALCon (Formation flight for in-Air Launcher 1st stage Capturing demonstration). The FALCon project is a study into a reusable rocket concept that would use a winged first-stage booster captured on descent by an aircraft and returned to the launch site as efficiently as possible for re-use.

The aim of FALCon is to achieve cost-efficient and environmentally friendly satellite transport. The focus of the project lies on the return of rocket stages after launch. In order to be able to reuse these stages, efforts are being made to recapture them in the air using a “rocket catcher.”

For the next three years of the project, the focus will be on the development and flight demonstration of a technical solution for this idea. While still in the air, rocket stages are to be captured by a transport aircraft over the sea and pulled into the vicinity of the landing site, where the stages are to land independently.

“We are proud to be part of the FALCon research project together with five international partners and DLR as part of HORIZON2020 (EC grant 821953), the EU’s largest research and innovation program to date. The capture and towing of rocket stages in flight, i.e. an autonomous and safe landing, is a particularly interesting topic for us as a manufacturer of parachute safety solutions,” says Andreas Ploier, CEO of Drone Rescue Systems GmbH.