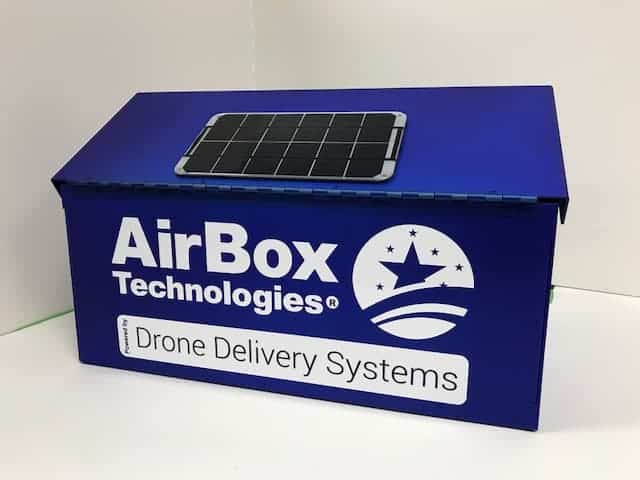 Drone Delivery Systems has announced that it has partnered with the UN Ops, Antigua Computer Technology (ACT), and the government of Antigua to successfully perform drone deliveries to its AirBox Home secure smart mailbox. Additionally, Drone Delivery Systems performed a 2.1 mile beyond line of sight (BVLOS) flight, delivering a state-of-the-art defibrillator made by HeartHero from Colorado. Co-founder of Drone Delivery Systems, Brandon Pargoe, stated that the “accomplishment of these tests were not planned overnight.”

AirBox Technology is a patented product that aims to provide remote secure delivery access points to anyone in the world. Its core product, the AirBox Home, includes a proprietary Internet of Things (IOT) board capable of communicating with both service providers and its recipients. The AirBox Home is not only a secure ground delivery access point, but it also communicates with and accepts deliveries made via drone. Drone Delivery Systems, in partnership with various other drone companies, has scaled its DroneX flagship platforms to incorporate their delivery hardware and software payloads, making such drones suitable for deliveries onto its AirBox Home units.

Dr. Jeremy Tucker, Co-Founder of Drone Delivery Systems and emergency physician, explained that secured medical deliveries are important to prevent theft of controlled substances or exposure to biohazards. Andrew Doumith, Business Development Manager at ACT, added that the AirBox Home provides the means for the people of Antigua to receive secured deliveries in a timely manner, while enabling e-commerce to flourish on the island.

The team at Drone Delivery Systems, in partnership with Antigua’s airport and aviation authorities, established a safe and secured plan to perform the tests. Not only were the test flights conducted within a mile of Antigua’s major airport, VC Bird International Airport, but the team operated in some of the most difficult weather and environmental conditions that included flights in nearly 20 kts wind gusts from the southeast of the island. “The operating flight conditions were highly considered and studied during our test planning,” added Pargoe.

The team had to adjust its intended BVLOS flight of its 62 lbs. all-up-weight aircraft to a nearby field in front of one of the island’s most visited grocery stores, Epicurean Fine Foods & Pharmacy, due to the location of a cell tower. The flight plan adjustment increased the range of the flight from its original one mile, to a 2.1 mile long flight, which was successfully performed autonomously. The operation included a number of safety precautionary measurements including multiple points of electrical power as well as command and control redundancies during flight, while performing the majority of its autonomous mission away from people.

“This is just phase 1,” explained Pargoe. The team at Drone Delivery Systems, along with other technology and drone companies, plan to continue further phase tests later in the year, which will include longer BVLOS flights, and ultimately flights between Antigua and Barbuda islands using fixed-wing vertical takeoff and landing (VTOL) unmanned aerial vehicle (UAV) platforms.

“The good news for the people of Antigua is that they don’t have to wait for drone regulatory approvals to begin to receive their orders, as the AirBox Home is a product ready for production and integration today with ground transportation vehicles,” Pargoe said. “It (the AirBox Home) opens an ecosystem, where other companies and means of technology can gather around, enabling both service providers and recipients to have full remote authority of their deliveries.”