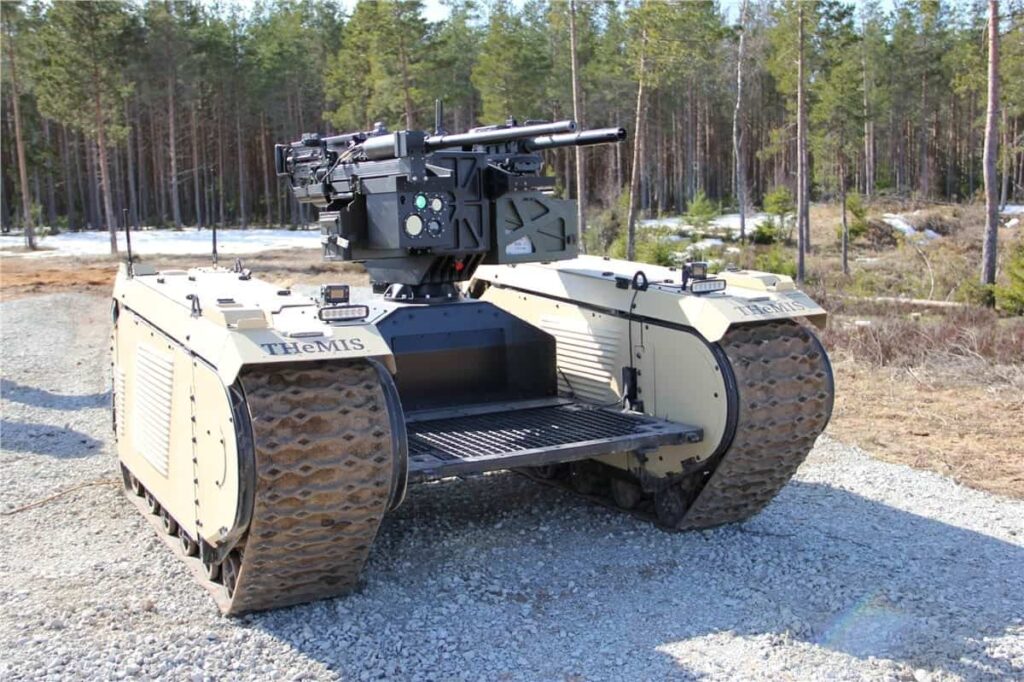 Milrem Robotics has announced that a study initiated by the company and involving an international assembly of scholars has concluded, showing that unmanned ground vehicles (UGVs) greatly enhance the capabilities of armed forces on the battlefield.

“The range of possibilities with military robots is immense and will very likely be one of the major changes in the art of warfare in the future,” wrote Gérard de Boisboissel, a research engineer at Research Centre Schools (CREC) of Saint-Cyrone, in the third book of the Digital Infantry Battlefield Solution (DIBS).

The book, part of a three-piece study, was written by military and academic research experts and addresses the employment of UGVs in support of land operations.

The study was initiated by Milrem who together with partners demonstrated the capabilities and cooperation between unmanned systems during EW Live 2019 held in Tartu, Estonia. During the event Milrem Robotics deployed their THeMIS UGV equipped with ST Engineering’s ADDER DM remote weapon station to engage targets that were identified by the Titan KX-4 LE multirotor developed by Threod Systems.

“Using the integration of unmanned ground and aerial systems to identify and engage targets reduces the risk to soldiers who can stay in a safe distance,” explained Kuldar Väärsi, CEO of Milrem Robotics. “Also, it increases the efficiency and firepower of small units significantly.”

James Rogers, the Director of the Global Britain Programme at the Henry Jackson Society, and Robert Clark, a British Army instructor, gave a further example that when soldiers need to engage the enemy, UGVs would be crucial casualty evacuation tools.

“In an incident involving two casualties requiring extraction, ten personnel would normally be utilised. To mitigate against this, a THeMIS transport platform could be set remotely for pre-designated waypoints and can carry at least two casualties, and at a much higher pace of extraction than by foot. Not only does this potentially result in a casualty being extracted much quicker to receive treatment, it additionally frees up vital manpower during the battle.”

The third DIBS book provides an analysis of the EU initiatives aimed at the digitalisation of the battlefield through research and innovation and offers a comprehensive assessment of the defence research and innovation ecosystem in the Baltics. The second part of the book considers the development of UGVs in Canada, France, Germany, the United Arab Emirates and the United Kingdom.

The first volume of this project, published in December 2016, provided a retrospective and prospective analysis of the development of UGVs, also addressing current tactical, technical, and legal issues and challenges. The second volume, published in August 2017, provided an analysis of ethical and legal aspects of the employment of UGVs, taking a closer view on People’s Republic of China, Israel, Poland, Russia, Ukraine, and the United States.